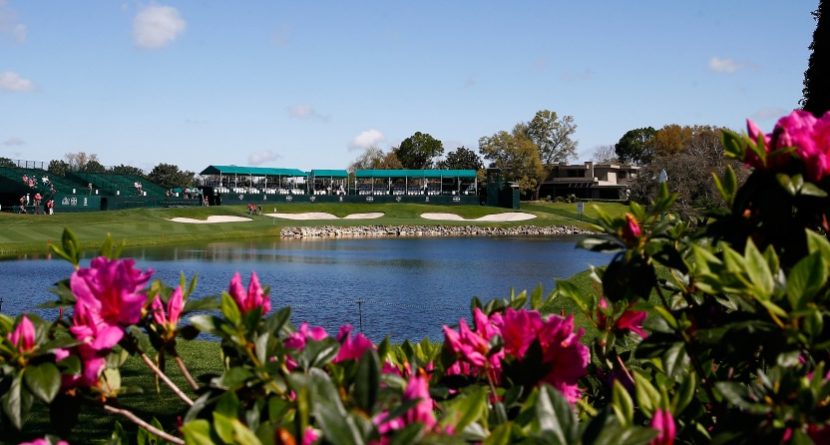 The PGA Tour continues its Florida swing this week and moves up to Orlando for the Arnold Palmer Invitational at Bay Hill Club & Lounge. Here are five things you need to know about the tournament and the surrounding area:

Tiger has backed out, but plenty talent still exists
Two-time defending champ Tiger Woods pulled out of the tournament due to persistent back problems, but the two men directly behind him in the world rankings – Adam Scott and Henrik Stenson – will be teeing it up. Scott is paired with Justin Rose, who took second last year, and Patrick Reed, who wants to be thought of on Scott’s and Rose’s level. Stenson, meanwhile, will play with Keegan Bradley and Ian Poulter, who each recorded third-place results the past two years, respectively. The course itself might not be as daunting as the past three weeks – when the winner’s scores were all single digits under par – but if you take out Woods, only one player (Rose) has finished under par by double-digit strokes at Bay Hill the past two years.

Can’t escape EPCOT
Orlando is like family tourism heaven: Disney World, Universal Studios, Sea World, etc. Maybe these places aren’t your idea of a good time, but if you have kids, they will not want for things to do. Take the family to EPCOT, which stands for Experimental Prototype Community of Tomorrow. Considering the theme park opened in 1982, you could argue that “tomorrow” is here, but as Walt Disney said back then, “It will be a community of tomorrow that will never be completed, but will always be introducing.” No trip to EPCOT is complete without a look inside the iconic Spaceship Earth.

Take a tequila break
You might need a drink after a long day chasing your kids, or a long day on the golf course. If you’re at EPCOT, you don’t have to travel far. Visit La Cava del Tequila at the Mexico pavilion among Epcot’s 300 acres. Sample any one of more than 100 different kinds of tequila, from blancos to reposados to añejos. If straight tequila isn’t your thing, mixologists are on hand to make margaritas. Go skydiving… indoors
Maybe adventure is more to your liking. If that’s case, head over to iFLY Orlando and jump into the vertical wind tunnel. It’s indoor skydiving where you can “experience the thrill of freefall without having to jump out of a perfectly good airplane.” The kids could join you here too.

Play video games at the bar
Because sometimes you want to play video games somewhere outside the home. And often times, you don’t own every video game you want to play. So when in Orlando, take a trip to Player 1, a video game bar where you can play Xbox, PlayStation, Wii, or arcade games, all while drinking. The bar serves craft beers only (none of that “beer water”), or wine, or sake.