5 Things You Need To Know: BMW Championship at Cherry Hills 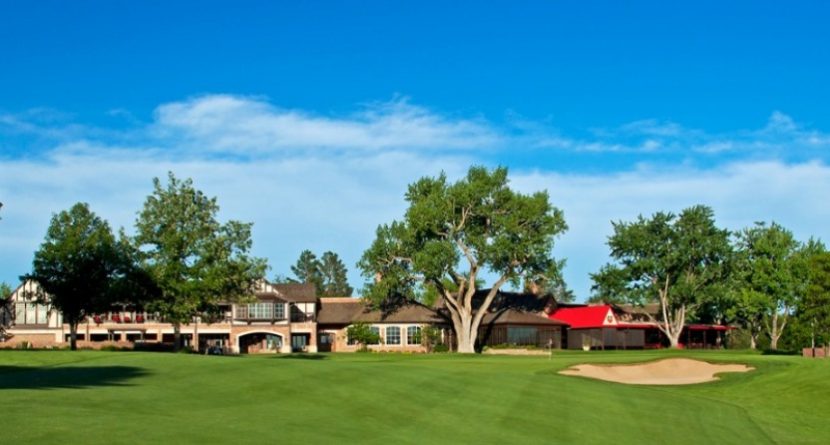 And then there were two. Or 70, depending on how you want to look at it.

Following the Deutsche Bank Championship – the second round of the FedExCup playoffs – only 70 players remain for the second-to-last event of the PGA Tour season. They’re in Denver this week for the BMW Championship at Cherry Hills.

A new course to the players, but one with history
The PGA Tour hasn’t visited Colorado since The International at Castle Pines was taken off the schedule following the 2006 season. That leaves Phil Mickelson, Jim Furyk, Cameron Tringale and Jordan Spieth as the only players present this week to have previously played a tournament on the course (they all took part in amateur events). Yet, Cherry Hills (par 70, 7,352 yards) knows how to host big-time golf. It was the site of the U.S. Open in 1938, ’60 and ’78, and the PGA Championship in 1941 and ’85. That 1960 U.S. Open was hailed by Sports Illustrated as the “wildest Open ever.” Nine-time major winner Ben Hogan, 48, entered the final round just three shots off the lead, tied with a 20-year-old amateur named Jack Nicklaus. Yet that Saturday afternoon belonged to 30-year-old Arnold Palmer, who came from seven shots back to win his first and only U.S. Open. Other notable winners at Cherry Hills include Mickelson in the 1990 U.S. Amateur and Nicklaus in the 1993 U.S. Senior Open.

Red Rocks might be the best concert venue ever
While there are plenty of activities to fill a day in the city, many Denver visitors (and residents) get out of town. You could make a day trip into the Rocky Mountains (Mount Evans is the closest 14,000-foot mountain and boasts the highest paved road in North America) or you could hang out in the foothills. Just a 30-minute drive west of Cherry Hills is Red Rocks Park and Amphitheater. If you can land tickets, few outdoor concert venues in the world can compete with Red Rocks – the scenery or the sounds. But during the day you’re more than welcome to have lunch at the Ship Rock Grille; walk/run the steps or join one of the many exercise groups; or find a nearby hiking trail. LoDo is the place to be, even when the Rockies are bad
If you really want to get a feel for the city, make your way to downtown Denver – or more specifically, LoDo. That’s the area immediately surrounding Coors Field, where the Colorado Rockies attempt to play baseball. They may have the second-worst record in MLB, but a day at the park is always a good time. They’re taking on the San Diego Padres this weekend, and you could watch from the stadium’s new “Rooftop,” which is a more expensive version of the many rooftop bars and patios that border Coors Field. There’s the rooftop at LoDo’s Bar and Restaurant, or the View House, or the Tavern Downtown, or the Sports Column, or … you get the idea. Ace is the place for food and beer and pong
LoDo can get pretty crowded, so away from the masses we recommend Ace Eat Serve, an Asian restaurant with an indoor/outdoor pingpong parlor out back. Because after watching a round of golf, you should relax like the pros do. Ace’s menu serves up plates of curry, pad Thai, or noodle bowls, and also offers a popular juice bar. But the highlight of the place is the table tennis – you can reserve a table for $10 or $15 per hour depending on the time. It’s a great spot for happy hour ($2 PBR or Coors) or a late night ($8 crispy pork spring roll). See where money is made
Also downtown is the Denver Mint. There are six different U.S. Mint facilities, but only two offer tours: Philadelphia and Denver. At the latter you can see “the manufacture of coins of all denominations for general circulation; manufacture of miniature medals; … manufacture of regular uncirculated coin sets; (and) manufacture of commemorative coins as authorized by Congress.” Free guided tours are offered Monday through Thursday, and reservations are required.