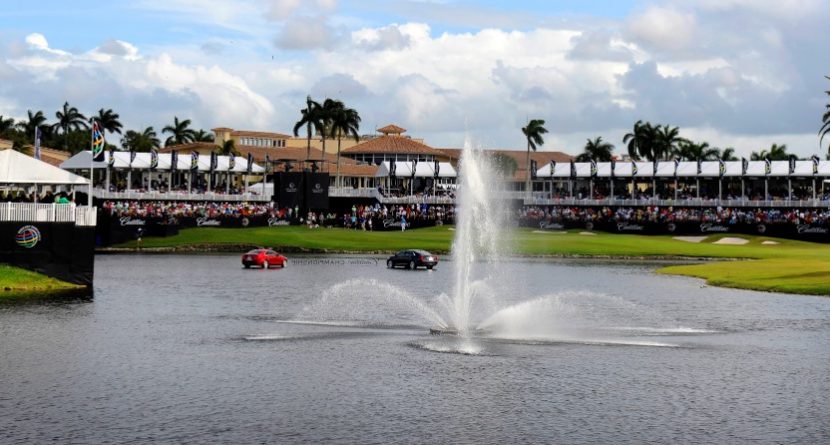 The pro golf season is still young, but the third World Golf Championships event of the season is already upon us. The world’s best golfers are in Miami this week for the WGC-Cadillac Championship on the Blue Monster course at Trump National Doral. Here are five things you need to know about the tournament and the surrounding area:

Tiger is the defending champ, but that back is flaring up again
World No. 1 Tiger Woods withdrew from the Honda Classic after 13 holes on Sunday due to back pain, but he announced Wednesday he’ll be playing at Doral. That means every player in the world ranking’s top 50 should be present. And why wouldn’t they? The Cadillac Championship, like other WGC events, features a $9 million purse, the biggest in golf behind only the Players Championship and PGA Championship ($10 million each). Should world No. 2 Adam Scott take the title, he could also take the top world ranking from Woods. You’re so close to Cuban cigars, you can taste them
Many parts of Miami are known for their Cuban influence, but none more so than Little Havana, which is where you’ll find the El Credito Cigar Factory. Cuba might be most famous for its cigars, but the real ones that are grown and rolled in the homeland are illegal in the U.S. So much of the tobacco used for American-made Cuban-style cigars is from Nicaragua, Jamaica and the Dominican Republic, and the cigar makers at El Credito strive to make their smokes as authentic as possible. Native Cubans roll them by hand in the boutique store, which also features a cigar lounge.

It’s time to try a new water sport
You could go surfing in Miami, or water skiing, or jet skiing. Or you could try something really new: flyboarding. Strap a flyboard to your feet and burst out of the water some 40 feet in the air. You know Iron Man? It’s kind of like that.

Shoot some machine guns, because you can
Ever been to a gun range? Typically you shoot rifles. That’s fun and all, but how about some machine guns? Head over to Lock & Load Miami, a 14,000 square-foot facility 20 minutes east of Doral. Walk-ins are welcome and can try more than 25 different kinds of fully automatic firearms in one of 24 air-conditioned lanes. Shoot a bad score on the course? Shoot something with a machine gun. Chill out at Lagniappe
After letting off some steam at the gun range, take off another load at Lagniappe, which describes itself as a “New Orleans-style wine house with live music every night.” It’s a quick 15-minute walk from Lock & Load and is open from 7 p.m. to 2 a.m. every day except Monday. The live music starts at 9 and takes place, weather permitting, on the back patio. There are more than 150 different wines and beers to choose from, and the food includes grilled mahi mahi & salmon, chipotle BBQ chicken, and filet mignon & churrasco.