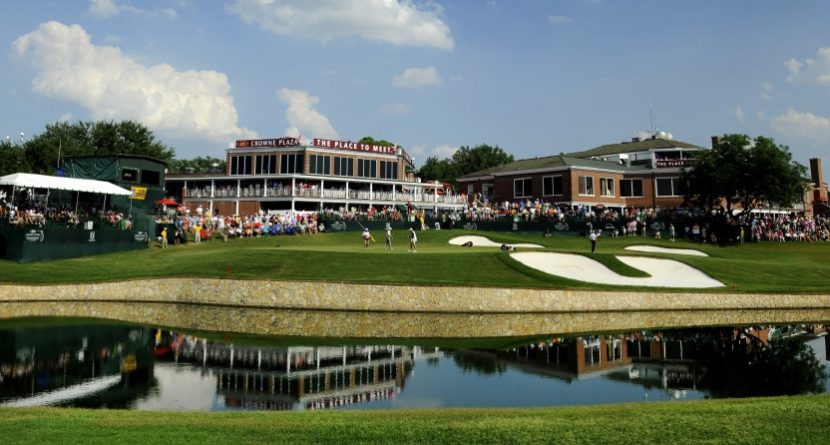 Moving just 30 miles west from the TPC Four Seasons Las Colinas course it played last week in Irving, Texas, the PGA Tour settles in this week at Colonial Country Club in Fort Worth for the Crowne Plaza Invitational. You may think that all the things to do in Irving/Dallas could just be copied over to this here guide for Fort Worth, but you’d be wrong. The Dallas/Fort Worth metroplex is huge, so there’s plenty to see and do on either side.

Here are five things you need to know about the Crowne Plaza Invitational and the surrounding area:

Adam Scott puts No. 1 on the line
The Aussie just took the No. 1 ranking from Tiger Woods on Monday, but by the end of the week, it could be someone else’s. Scott isn’t ahead by much in the Official World Golf Rankings, so if No. 3 Henrik Stenson places better at the BMW PGA Championship on the European Tour than Scott does at Colonial, the Swede could steal the top slot. And if No. 4 Matt Kuchar wins the Crowne Plaza Invitational, he’d take over the No. 1 ranking. AT&T Stadium is impressively excessive
If you happen to be on your way over to Colonial from TPC Four Seasons Las Colinas, do yourself a favor and stop at AT&T Stadium; it’s pretty much right in the middle of the Dallas/Fort Worth metroplex. It’s the home of the NFL’s Dallas Cowboys, and upon its completion in 2009 boasted the world’s largest HDTV – it runs from one 20-yard-line to the other. The stadium offers a bevy of tours that take you through private suites, the press box, onto the field, into the post-game interview room and both the Cowboys locker room and the cheerleaders locker room. You don’t have to be a Cowboys fan to appreciate excessiveness of team owner Jerry Jones. You can’t just have one serving of BBQ
If you especially enjoy tours, you gotta take one unique to the Lone Star State: Texas Bar-B-Q Tours. Hop on board the bus and let the experts take you to three award-winning barbecue restaurants in either Fort Worth or Dallas, giving you servings of ribs, smoked brisket, sausage, and smoked turkey – with sides. Along the way, the tour guides dish out history lessons about the cities and offer photo ops at AT&T Stadium, Globe Life Park (where MLB’s Texas Rangers play), the Fort Worth Water Gardens and the historic Stockyards. Park yourself in the Food Park
When in Texas, you might as well go big on the food, so you should also check out Fort Worth Food Park just outside downtown. Everyone loves a good food truck, right? How about half a dozen in one locale? The Food Park features 10 trucks that rotate into the park regularly, with a cantina sitting by as a mainstay. Indo-Chinese, Cajun and cupcakes are just a few of the offerings right now. Drive-Ins do still exist
Remember those cool, summer nights spent watching movies from the comforts of your own car? It’s tough, huh? The days of drive-in movie theatres have gone the way of pagers. But Fort Worth is bringing back the drive-in, or so says the website for the Coyote Drive-In, a three-screen outdoor movie theatre. You get two movies for the price of one ($8 for adults), and have the option of visiting the bar/restaurant beforehand or during intermission. Movie snacks are on the menu, but so is pizza, burgers, meat pies, draft beer and wine by the bottle.