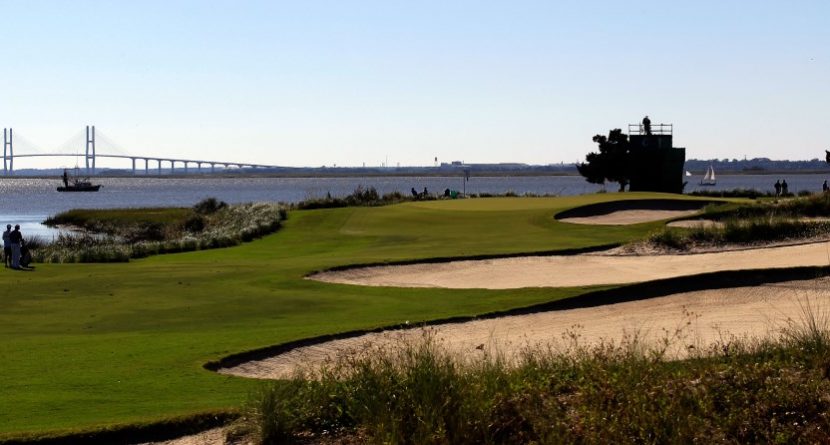 The PGA Tour makes its first east coast stop of the 2014-15 season this week when it arrives in Sea Island, Ga. The tour was actually in Georgia barely a month ago with last season’s finale, the Tour Championship, in Atlanta. But Sea Island is quite different than the big city, or the wine country in which the new season began, or Las Vegas, where the tour just came from.

Here are five things you need to know about the McGladrey Classic at the Sea Island Golf Club and its surrounding area:

Home sweet home for some
The event is as close to home as it gets for stars Zach Johnson, Matt Kuchar and Davis Love III, who all make their homes among the Golden Isles – Sea Island, St. Simons Island, Jekyll Island, Little St. Simons, and Blythe Island. Jonathan Byrd, Lucas Glover, Harris English, Brian Harman and Hudson Swafford also reside in the island community. Kuchar tied for seventh last year, and Johnson 16th, and they’ll be among the favorites this week. The defending champ on the Seaside Course (par 70, 7,005 yards) is Chris Kirk, who’s making his season debut after finishing second in 2013-14’s FedExCup race. Kirk is quite familiar with the area too, as he owns a condo in St. Simons after he used to live there for six years.

Year-round golf for everyone
Why do so many pros live in this relatively remote community? Well, they’re golfers, and the golf is spectacular. Sea Island Golf Club boasts two more pristine courses and an award-winning Golf Performance Center, where many pros train. And other top-notch resorts include Ocean Forest, Frederica and Retreat Golf Club. For more affordable golf, you can head to Jekyll Island and take advantage of Georgia’s largest public golf resort (three 18-hole courses and a nine-hole course). Just $45 gets you a round of 18 and a cart. And if you’re in town this weekend, you’re going to want to golf – the forecast couldn’t be better.

Live like a king
Just a few minutes away from the Sea Island Golf Club is a beachfront gem – The King and Prince Beach and Golf Resort – where you can stay for less than $200 per night and make a tee time for less than $100 a round. Tennis courts, massage rooms, swimming pools and a gym are also on offer, but the beach access could be the best feature. Right in front of the hotel is Barry’s Beach Service, where you can rent kayaks, sailboats, boogie boards and paddle boards. You won’t need the gym if you get a standup paddle board. (Courtesy of King and Prince Beach and Golf Resort)

Gamble in international waters
What to do at night in a quiet beach community? Take a cruise – a gambling cruise. Casino gambling is illegal in the state of Georgia, but if you climb aboard the Emerald Princess II cruise ship, the crew will take you into international waters three miles away, where you can lose as much money as your heart desires. The ship’s four decks include slot machines, blackjack tables, roulette tables, stud poker tables, and Texas hold ’em tables. The ship leaves from nearby Brunswick every night except Monday, and even departs on Friday and Saturday mornings and Sunday afternoons. Dine in a barn
For a good, old-fashioned meal away from the golf resorts, make your way to Bennie’s Red Barn, which claims to be the oldest privately owned restaurant on St. Simons Island. You’d be missing out if you didn’t order one of the steaks, which are cut fresh and grilled over an open oak flame. And being in a coastal community, you ought to also try the seafood. So start with fried calamari but save room for a T-bone. Then head outside to the Club @ Bennie’s for live music Thursday through Sunday night.