5 Things You Need To Know: OHL Classic At Mayakoba 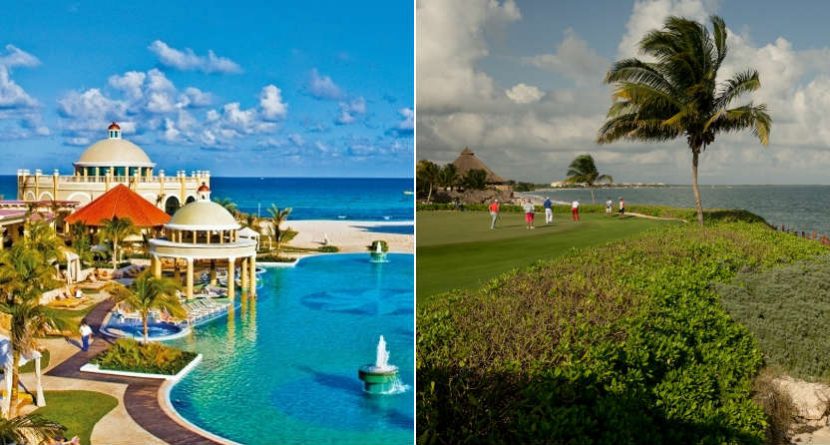 And so the final PGA Tour event of 2014 is upon us. The circuit is down in Playa del Carmen, Mexico, for the OHL Classic at Mayakoba. It may be part of the 2014-15 PGA Tour season, but it’s the last money event of the calendar year (the Hero World Challenge next month is an unofficial money event).

Here are five things you need to know about the tournament and the surrounding area:

The golf course is a beauty
The 7,039-yard, par-71 course at El Camaleon Golf Club on the Mayakoba resort is one of the most picturesque these golfers will see all season. There are holes played in a tropical jungle, others run through dense mangroves, and some are set along oceanfront stretches of sand. No. 7 even features a cenote (underground cave or sinkhole) in the fairway. Harris English is the tournament’s defending champ and he’ll go against a field this week that doesn’t boast a lot of star power, but everyone is looking for some big early-season money and FedExCup points.

All-inclusive is the way to go
When in Mexico, the way to roll is the all-inclusive resort, and just 15 minutes north of the El Camaleon golf course is Iberostar Grand Hotel Paraiso. There are four restaurants on the property (gourmet, surf & turf, Italian and Japanese), a buffet, and six bars. There’s a fitness center, tennis courts, basketball court, beach volleyball court, table tennis, billiards, darts, archery and outdoor shooting facilities. But the best feature is the Iberostar Playa Paraíso Golf Club, which gives each hotel guest a free 18-hole round for staying at least three days, or two rounds for anyone staying at least five days. Tune up on the putting green and/or driving range. When in Mexico, dine on the beach
If only for one night, you should venture off the all-inclusive hotel grounds and dine at Pavo Real by the Sea, which is about halfway in between El Camaleon and Iberostar Paraiso. Better yet, make a reservation for a romantic dinner on the beach. You’ll have the sand yourself and will be served cocktails, a bottle of wine, and a three-course meal. But the ocean views are just as spectacular if you eat inside the restaurant, and the food tastes just as good there too.

It’s still plenty warm for a water park
It may be starting to snow in your neck of the woods, but it doesn’t do much of that in Mexico. The temperatures in Playa del Carmen will be in the 80s all week, so that means it’s perfect beach weather and general water activity weather. We suggest driving down the coast to Xel-Ha, a natural aquarium park. You can snorkel and swim on your own, but also swim with dolphins, pet stingrays, jump off cliffs, ride a zip line, or try Snuba and explore a cenote. Snuba is like snorkeling in that you don’t carry an oxygen tank, but also like scuba diving in that you breathe through a tank, it’s just floating in a raft above you.

Ruins, cenotes and zip lines, all in one day
For a full day of activity, contact the folks at AllTourNative. They have seven different expeditions to choose from, but we recommend the one that includes Tulum and the Jungle Maya. They’ll pick you up from your hotel and start by taking you down to Tulum to explore some Mayan ruins set on a cliff overlooking the ocean. From there you’ll visit the world’s longest underground river, snorkel in a cenote, go cruising on some 4x4s, rappel down a cliff into a pond, and ride a series of zip lines, the last of which lands in water. AllTourNative will feed you as well, and give you a ride back to your hotel.