5 Things You Need to Know: The Barclays at Ridgewood 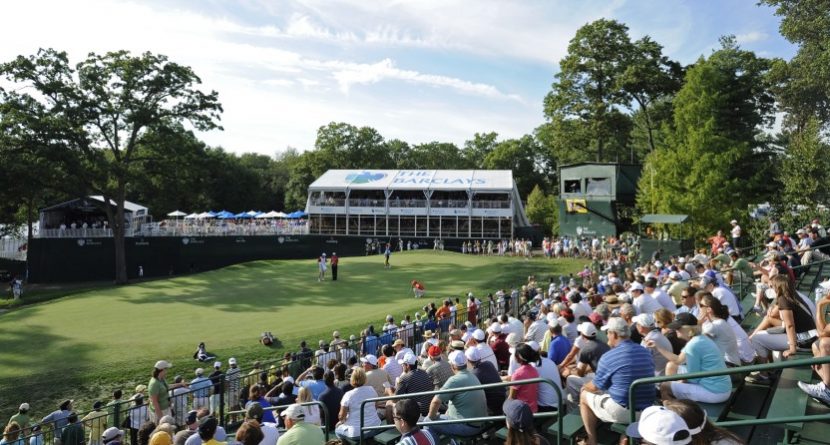 It’s playoff time, so the top 125 players of the PGA Tour season are in New Jersey for the first leg of the FedExCup playoffs – The Barclays at Ridgewood Country Club in Paramus, N.J. Here are five things you need to know about the event and its surrounding area:

It’s playoff season
After three years at other fine courses in the New York/New Jersey area, The Barclays returns to Ridgewood, which also kicked off the FedExCup playoffs in 2008 and 2010. Previously, it hosted the 1935 Ryder Cup, 1990 U.S. Senior Open and 2001 Senior PGA Championship. Ridgewood is made up of three nine-hole courses, but a special Championship Course is put together for The Barclays – a collection of 18 of the toughest holes from the three separate courses, equaling a 7,319-yard, par-71 layout. Matt Kuchar, who won the 2010 Barclays at Ridgewood, comes in at No. 4 in the FedExCup standings and feeling fresh after pulling out of the PGA Championship with a sore back. He trails, in order, Rory McIlroy, Jimmy Walker and Bubba Watson, who will comprise the featured group on Thursday and Friday. It’s preseason
While the PGA Tour season is beginning its home stretch, the NFL season is just gearing up. It’s only the preseason, but one of the best games every year is when the New York Giants take on their stadium-mates, the New York Jets. That game this year is on Friday at MetLife Stadium, which is 20 minutes south of Ridgewood in East Rutherford. Both teams are undefeated – we know, it’s only preseason, but you better believe there are bragging rights at stake among the diehard fans. All eyes will be on the quarterbacks – Eli Manning throwing to Victor Cruz, and Geno Smith or Michael Vick tossing to Eric Decker. The Statue of Liberty is right there
One of the most iconic symbols representing the United States, the Statue of Liberty is just as easy to get to, if not easier, from New Jersey as it is from New York. Just head to Liberty State Park in Jersey City and buy a ticket from Statue Cruises. If you’re not afraid of heights, get a Crown Ticket, which gives you access up to the crown of the statue, an area that was closed for years following the 9/11 attacks. You can also walk the grounds of Liberty Island, and take a boat over to Ellis Island, the famed inspection station that millions of immigrants passed through upon entering the U.S. in the late 19th and early 20th centuries. Pay tribute to 9/11
Also at Liberty State Park is the Empty Sky Memorial, which pays tribute to those who lost their lives in the 9/11 attacks. The park has a magnificent view of the Manhattan skyline, which was once highlighted by the World Trade Center towers. To remember that, twin walls were erected with a granite path in between that is directed toward Ground Zero. “The length of each wall is exactly equal to one side of the former World Trade Center towers, as the height of the wall reflects a proportion of the former buildings if they were lying on their side,” reads the Empty Sky website, adding, “The walls channel visitors to the location in the Manhattan skyline where the former World Trade Center towers once stood.” Spend your green at the Village Green
For a fine meal, head back up near the golf course in Ridgewood and get a table at the Village Green Restaurant. Chef Kevin Portscher trained at some of the finest dining establishments in the New York/New Jersey area before bringing his skills to Village Green, which specializes in seafood (Mediterranean Sea Bass, Pan Seared Florida Grouper, Slow Baked Atlantic Salmon) but will also satisfy the meat lover. For the serious foodies, the five-course tasting menu is the way to go. It could look something like this: Duck Confit Flat Bread, Crispy Berkshire Pork Belly, Slow Baked Atlantic Salmon, Painted Hills Coulotte Steak, and Island Coconut Rum Cake.