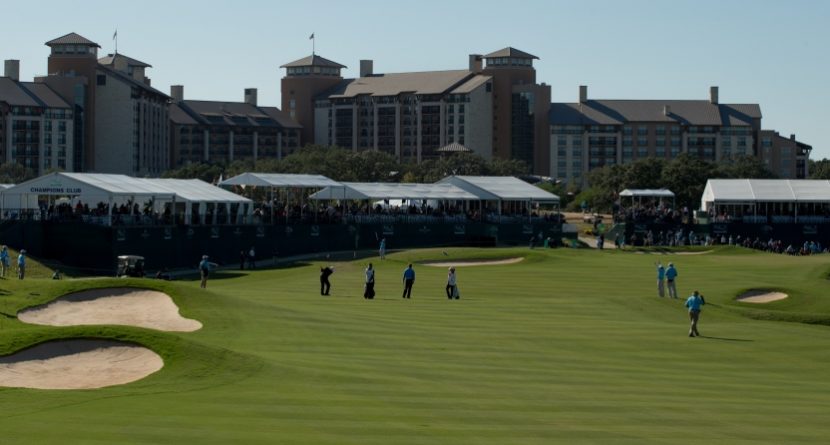 The PGA Tour’s first swing through Texas commences this week in San Antonio for the Valero Texas Open at TPC San Antonio. What do you need to know about the event and its surrounding area? These five things:

Phil Mickelson’s road to the U.S. Open goes through Texas
Phil Mickelson wants to win the U.S. Open – plain and simple. He’d like to win another Masters or defend his crown at the Open Championship, sure, but he needs the U.S. Open for the career grand slam. So really, everything he does on a golf course these days is geared toward the national championship. And this year he believes playing the Texas Open (for the first time since 1992) helps him reach that U.S. Open goal. Playing in San Antonio and Houston the weeks before the Masters will help him at Augusta, and playing well under the spotlight at Augusta can help him when the U.S. Open pressure is on at Pinehurst in June. Remember The Alamo
You have to. You can’t visit San Antonio without checking out The Alamo, as more than 2.5 million people do every year. The old fortress was the site of the Battle of the Alamo in 1836, when Texan soldiers – led by Davey Crockett – stood their ground inside the compound for 13 days against Mexican soldiers before being overtaken. Shortly thereafter, though, the Texans took out the Mexican army in the Battle of San Jacinto, thus ending the Texas Revolution and establishing the Republic of Texas. During that conclusive battle, Texans shouted, “Remember the Alamo!” Today it serves as a museum and the heart of the Alamo Plaza Historic District.

Cruise the River Walk
A short walk from The Alamo is the famed River Walk, a waterway lined with restaurants, shops, hotels and other attractions. Our suggestion is to take a Rio San Antonio Cruises River Tour to learn the history of the area and get a feel for the land, then venture over the restaurants and shops that caught your eye while cruising along the river. You’ll find plenty of dinner options to choose from: fine dining, casual dining or river boat dining. View from the top
If you’re looking for a romantic dinner spot, the Chart House atop the Tower of the Americas should do the trick. It’s a revolving restaurant 750 feet above the ground, specializing in steak and seafood and hot chocolate lava cakes. If you’re not looking for an expensive dinner, hit up happy hour at the Chart House bar for $6 prime rib sliders or $5 glasses of wine. If you just want the scenic views, visit the observation deck without ever stepping foot inside the restaurant. Shoot like a cowboy
South of downtown San Antonio and about 40 minutes away from TPC San Antonio is San Antonio Western Shooting, where they dress you up like cowboys and let you shoot guns from the Old West. You’re taken to a “western town,” given a lesson from one of the cowboys, and handed 75 rounds of ammunition. Drop those bullets in a vintage revolver, rifle or shotgun, and take aim at a wide variety of targets. You know you always wanted to be a cowboy.