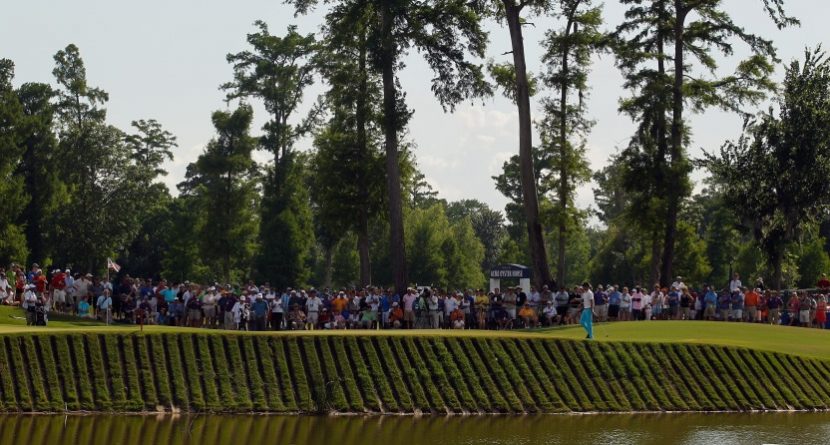 The PGA Tour makes its way to Louisiana this week for the Zurich Classic of New Orleans at TPC Louisiana in Avondale, La., a suburb of the Big Easy. It’s not often that the circuit visits such a popular tourist destination, so there are plenty of things to do outside the golf tournament.

Here are five things you need to know about the Zurich Classic and its surrounding area:

A new face is likely to win
Billy Horschel comes to TPC Louisiana as the defending champ, which means he probably won’t fare well. No player has gone back-to-back in this event since Carlos Franco in 1999 and 2000, and only two defending champs have even placed inside the top 20 the year after they won. No player has won this tournament more than once since Franco either, so studs like Justin Rose, Keegan Bradley and Rickie Fowler could join the list of New Orleans first-timers. The course is annually among the easiest on tour; Horschel’s 20-under 268 last year set the 72-hole course record. National WWII Museum is worth a visit
Museums aren’t the first things that come to mind when you think of New Orleans, but a place must be legit if TripAdvisor.com users rate it the No. 1 thing to do in the entire city. The National WWII Museum, which also ranks among the top 10 for U.S. museums, opened in 2000 as the National D-Day Museum. But it’s dedication to showcasing the American efforts in the war that changed everything led Congress to officially declare it as America’s National WWII Museum.

Swamps can be fun
Everyone who visits New Orleans stops by the French Quarter and Bourbon Street, but step off the beaten path and take a swamp tour. You can frequent bars anywhere, but only in Bayou Country can you safely get up close and personal with alligators. Head over to the Cajun Encounters Tour Co. to take a trip through the Honey Island Swamp. Gators, raccoons, owls, boars, snakes, turtles, eagles and bears all on one tour.

The local cuisine is scrumptious
There’s no way you can possibly visit a renowned food city like New Orleans and sample all there is to offer, but you can come close with a food tour. So find the folks at Tastebud Tours and sign up for the Taste of New Orleans Du Jour. The 3.5-hour walking tour through the French Quarter takes you to five different sampling spots, and includes po-boy sandwiches, jambalaya, oysters, Mississippi Mud, beignets and more. The city will leave you jazzed
It wouldn’t be a trip to the Big Easy without taking in some jazz music. You’re in luck if you’re in New Orleans right now as the 2014 New Orleans Jazz Fest is set to kick off Friday. But to catch a glimpse of what the jazz scene looks like on a regular basis, step inside the Spotted Cat Music Club. It features live music every hour that it’s open, and it’s open seven days a week (starting at 4 p.m. on weekdays, 2 p.m. on weekends). TripAdvisor users rate it the No. 1 nightlife spot in New Orleans.