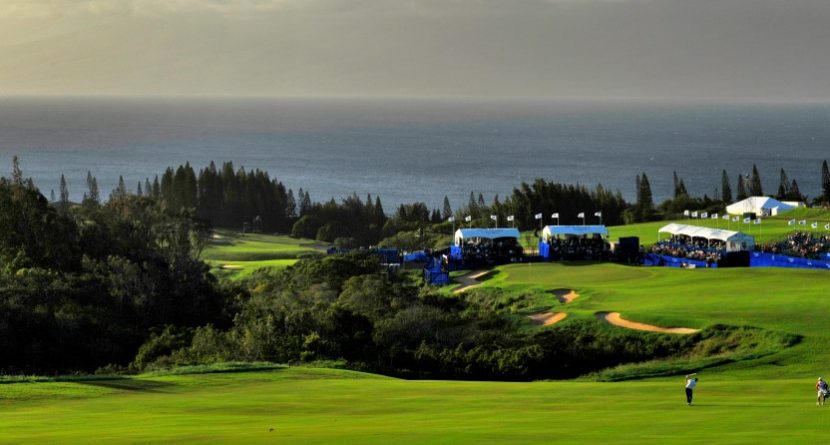 The new PGA Tour season is already underway, and as usual, will visit some fantastic locales in 2014. If you’re looking to travel to one of the non-major PGA Tour stops this season, these are our choices for the nine best cities:

You can never go wrong with Maui. The views are spectacular from just about anywhere near Kapalua Resort, which hosts the tournament. But if you really want scenic views, drive 90 minutes toward the center of the island – Maui is the second-largest Hawaiian island – and visit Haleakala National Park. The Haleakala volcano, which rises more than 10,000 feet above the sea, is a popular destination from which to watch sunrises.

Is it a coincidence that the biggest party on tour takes place in one of the biggest party towns in the U.S. on one of the biggest party weekends? We think not. The “Wasted Open,” as the locals call it, is annually the best-attended PGA Tour event and finishes up on Sunday right before the NFL’s Super Bowl kicks off. And while in town to watch golf, you might as well play some yourself – TripAdvisor.com lists Phoenix, of which Scottsdale is a suburb, as the best place in America for a golf vacation, or No. 2 in the world.

The event is played at the Riviera Country Club, which ranks No. 23 on Golf Digest’s latest rankings of “America’s 100 Greatest Golf Courses.” It’s just north of Santa Monica and only five miles from UCLA, where you could take in a Bruins basketball game. Or five miles west of the course is the famed Santa Monica Pier. Or five miles north is the Getty Center, the $1.3 billion museum popular for its architecture, gardens, and views overlooking Los Angeles. Or visit Hollywood. Or just drive up the Pacific Coast Highway. Another golf mecca, Hilton Head ranks third in the U.S. among TripAdvisor’s golf vacations, and fifth in the world. But even if you don’t want to golf yourself, it’s a fantastic place to take the family. Hilton Head Island ranked No. 1 on the “Parents Magazine” 2013 list of “Top 10 Best Beach Towns” in the U.S. Go for a bike ride on the beach, visit the Arts Center of Coastal Carolina, and/or saddle up for a horseback ride.

You might not think of Charlotte as an adventure destination, but think again. An absolute must in this city is to visit the U.S. National Whitewater Center, which is primarily an Olympic training site for whitewater canoeists. But it also features rafting, kayaking, zip-lines, ropes courses, mountain biking, stand-up paddle boarding, hiking and much more for the everyday Joe. If that’s too much for you, there’s plenty of museums (Discovery Place, Mint Museum, Aviation Museum, and more).

It’s too bad this tourney doesn’t take place in May, when the epic “Memphis in May” festivals are going down, but the city doesn’t shut down the rest of the year. So while you’re in town to watch some golf, also make time for the Sun Studio, which calls itself “The Birthplace of Rock N’ Roll” because it discovered Elvis Presley, Johnny Cash and Jerry Lee Lewis. Of course, for more Elvis you can also visit Graceland, his former estate. And for more entertainment, just head down to Beale Street. Shameless plug: The TPC River Highlands course is just a quick 15-minute jaunt from Back9Network headquarters in downtown Hartford. Come stop by the offices, we’ll show you around. You could also visit the Mark Twain House & Museum or the Wadsworth Atheneum (the oldest free public art museum in the country), but you’ll have more fun at our place.

This tournament is always on Labor Day Weekend, so you have an extra day already built in. The TPC Boston course sits 45 minutes south of Boston, but the drive into the city will be worth it considering all the holiday activities. Sample some brews at the Mass Brewers Fest (beers from many Massachusetts breweries), watch some fireworks via Boston Harbor Cruises, or catch a Red Sox game at Fenway Park. Or there are the traditional tourist attractions as well, like the Freedom Trail or Boston Tea Party Ships. Most of the aforementioned cities are regulars on the PGA Tour; this one is not. Twenty minutes south of downtown Denver, the Cherry Hills Country Club last hosted the world’s best male golfers in 1985. But when you’re not watching golf, the place to be is downtown – LoDo, specifically. That’s the popular district surrounding Coors Field, and in early September, when the weather is beautiful and the Rockies are usually out of any playoff race, a day at one of the nicest ballparks around is hard to beat. For more dining or shopping, scoot over to the outdoor 16th Street Mall.