9 Events That Take Over Communities 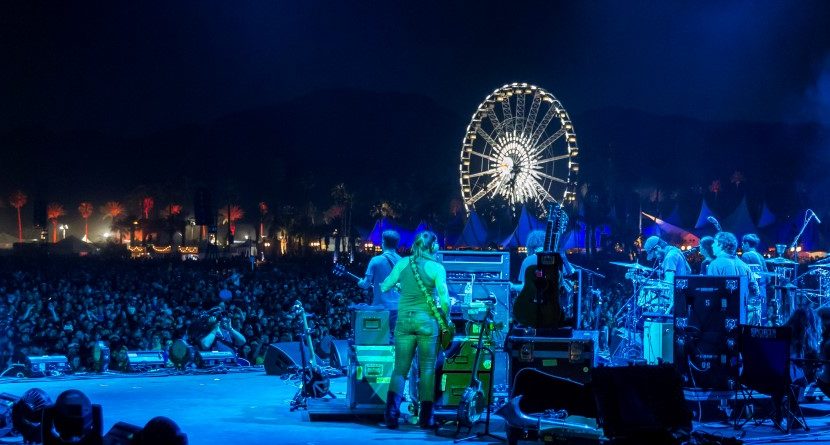 With the Travelers Championship engulfing Hartford and the surrounding area this week, we got to thinking: Where else do annual events basically take over an entire community?

Here are nine such happenings:

1) Calle Ocho Festival – Miami, Florida
It’s obviously tough to take over a city the size of Miami, but the Calle Ocho Festival comes close. It’s estimated that more than 1 million visitors make their way to the neighborhood known as Little Havana for this week-long event, which features domino and golf tournaments, and culminates with a 24-block street party. It’s said to offer the world’s best Cuban food and music, and in 1988 formed the world’s longest conga line (119,986 people).

2) Savannah St. Patrick’s Day Parade – Savannah, Georgia
Possibly the oldest – it began in 1813 – and likely the largest St. Patrick’s Day parade goes down every year in Savannah, where crowds can reach 500,000 people. The parade features nearly 300 units and can last up to three hours. Events take place all week, including the Greening of the Fountain.

3) Daytona 500 – Daytona Beach, Florida
The “Super Bowl of NASCAR,” the Daytona 500 takes place in late February every year and accommodates roughly 250,000 fans between the stands and the infield. It’s widely known as the biggest, richest, and most prestigious motorsport event. 4) Memphis In May – Memphis, Tennessee
This series of four events takes over the whole month and includes the Beale Street Music Festival (local and national music acts), International Week (events dedicated to a chosen country), the World Championship Barbecue Cooking Contest (world’s largest pork barbecue competition), and the Sunset Symphony (a night of classical music). In all, close to 300,000 attend.

5) Coachella Valley Music & Arts Festival – Indio, California
The city of Indio allows only 99,000 people per day for this festival at the Empire Polo Club, and Coachella nearly meets that limit every day. It takes place every April and features bands from a plethora of genres, often playing simultaneously on one of a handful of stages. Dr. Dre, Madonna and Beastie Boys are just a few of the artists to perform over the years.

8) Sundance Film Festival – Salt Lake City, Utah
One of the largest independent film festivals in the U.S., Sundance receives more than 12,000 submissions from American and international independent filmmakers. It then holds screenings every January in Salt Lake City, as well as smaller showings in Park City, Ogden, and Sundance, Utah. Two hundred films are shown to nearly 50,000 people.

9) South By Southwest Multimedia Conference – Austin, Texas
What started in 1987 as a music conference and festival with 700 registrants now attracts more than 30,000 people to its series of music, film and interactive events every March for two weeks. More than 1,300 bands played at the 2013 event, and the entire festival brought in more than $190 million for the Austin economy.