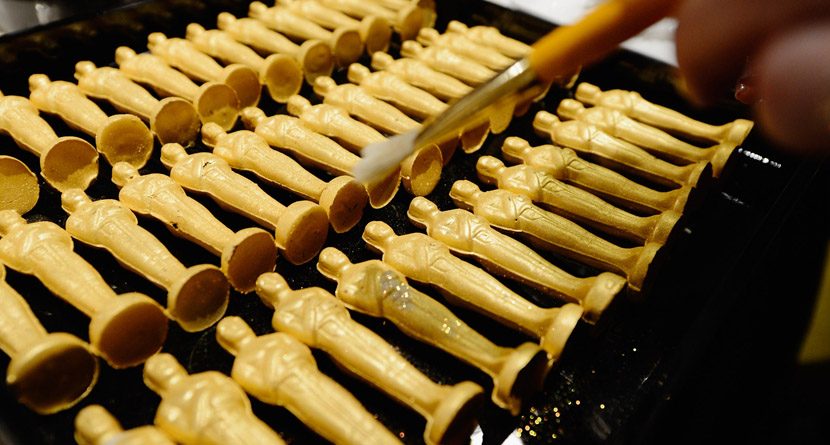 Here’s an L.A. confidential: the Oscars aren’t the only reason to touch down in Tinseltown. Los Angeles isn’t often thought of as a golf destination, but once you manage to escape the car-choked freeways, you’re free to explore an eclectic array of municipal, daily-fee and resort facilities. Just don’t let that golden statuette in your back pocket prevent you from making a proper hip turn.

On a former ranch north of L.A. where Bonanza, M*A*S*H and dozens of other serials were shot, gunslinger Pete Dye built his very own bronco buster, etching holes along canyon ridges below soaring peaks in the Santa Susana Mountains. With its dizzying drops, slanted fairways, sage-covered hills and blistered potato chip greens, the Sky Course is King Kong unchained from the tips at 7,285 yards. No silver screen could ever do justice to its scale. The club’s practice facility is Tour quality. So is the ranch-style clubhouse. Perched on ocean bluffs on the Palos Verdes Peninsula, this clifftop links, attributed to Pete Dye and Donald J. Trump, is a heavily-bunkered tour de force that screams “upscale” and “world-class.” A proponent of gaudy water features, Trump used native stone to create three waterfalls on site, including a thunderous $2.5 million cataract behind the first green. Not “better than Pebble Beach,” as the Donald once claimed, but a very strong test with panoramic views of Catalina Island and the deep blue Pacific. The Spanish Mission-style clubhouse is a knockout.

This low-profile gem by Gil Hanse, built on a former sheep ranch, is a throwback to the kind of naturalistic courses built at the time Hollywood was making silent movies. With its broad fairways, furry-edged bunkers and open-entry greens embraced by close-mown spill-offs, Rustic Canyon was designed to test short-game prowess. The incoming holes, routed on higher ground, meander through steep-walled canyons and skirt rock-strewn barrancas bristling with cactus. With rates for walkers ranging from $41 to $66, Rustic is one of Tinseltown’s best deals.

Surrounded by Angeles National Forest, this superb 36-hole complex features a pair of courses designed by the father-son design team of Ted Robinson Sr. and Jr. The broad-shouldered Valley Course, routed across former alfalfa fields, is framed by massive live oaks and sycamores. The layout’s demanding finish—holes 13-18—is nicknamed Death Row. The sportier Mountain Course relies on undulating fairways, canted lies and semi-blind shots for its challenge. The greens on both courses are smooth and fast. The club’s motto: “It’s not a private club, it just plays like one.”

Splayed out at the foot of Angeles National Forest near Burbank, this desert-style track appears airlifted from So Cal’s Mojave Desert. Holes are etched across a rock-strewn flood basin dotted with thorny scrub and cottonwood trees (watch for rattlesnakes). This strategically-bunkered layout, attributed to Steve Nicklaus, Jack’s son, is a sturdy test with plenty of muscle from the tips at 7,141 yards. The scenery is exceptional: stony mountain peaks rise behind several greens, a la Palm Springs.

This 27-hole semi-private club, stretched across coastal foothills in Ventura County’s avocado and citrus country, presents a very rugged test. Most of the holes are marked by sharp elevation changes and long ridges that drop into deep canyons and dry washes. The severity of the site required co-designers Peter Jacobsen and swing guru Jim Hardy to chisel the holes into obdurate terrain–tons of rock chipped away to reveal a few ounces of golf. Canyon Crest, which commands the high point of the property, is the most dramatic of the three nines.

Want to rub elbows with the locals, more than a few of them aspiring actors and screenwriters? This popular municipal landmark takes on all comers. Griffith Park’s Wilson and Harding courses, which date to the 1920s, are packed with enthusiasts who embrace every nuance and idiosyncrasy at these time-honored layouts. The facility’s sleeper venue is the 9-hole, par-33 Roosevelt course, which overlooks an observatory and offers a petite, delightful test if two hours of fun is all you have time for.

Built high atop a former landfill 25 miles east of L.A., this 36-hole complex, attached to Pacific Palms resort, is famous for its Eisenhower Course, which locals call “the Ike.” In the wake of a major overhaul, this formerly tight, tree-lined torture track now has wider fairways and six rebuilt greens. Host of several U.S. Open Qualifying events, the Ike remains a So Cal killer from the tips at 7,221 yards. The facility’s sister course, the Baba Zaharias, is a shorter, sportier version of the Ike. A Swiss funicular carries players from the 18th hole up a steep incline to the clubhouse.

If you actively network at the Oscars parties, you may meet a golfer who’s a member at one of L.A.’s three most celebrated clubs: Riviera, Bel-Air and Los Angeles CC.  Be charming. Smile a lot. Do whatever it takes to garner an invitation to one of these George C. Thomas-designed masterpieces. Riviera, host of the PGA Tour’s Northern Trust Open, is a tapestry of eucalyptus-scented landscape art woven through Santa Monica Canyon. At posh Bel-Air, you’ll see plenty of TV and film stars basking in the beauty of this gorgeous club high above the city. Los Angeles CC is an old-money enclave near Beverly Hills famous for shunning the Hollywood crowd, but let that not be an impediment! The club’s recently restored North Course is spectacular.