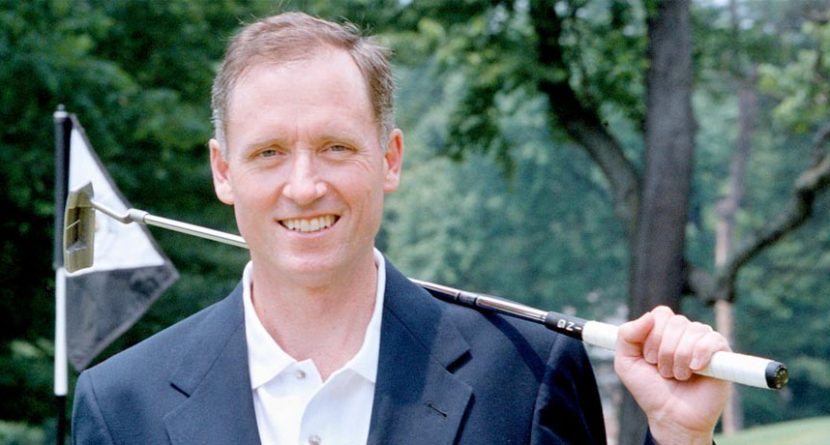 Hill’s success has earned him top-10 positions in Golf Inc.’s international “Most Powerful People in Golf” ranking for eight straight years. Hill is also on several boards of directors and is the first management-company executive to chair the National Golf Foundation’s Board of Directors.

Q: Billy Casper Golf owns/operates more than 140 golf properties. Is that number higher or lower than what you envisioned after 24 years in business?

A: That number is larger than I anticipated it would be when I came up with the idea. It has been three times more difficult and five times more rewarding than I thought it would be.

A: Yes and no. We started that division about 10 years ago and there has been really good execution on the part of Rich Katz, Buffalo Communications’ managing director. He has defined a niche and has really worked hard to build a team that also works really hard and has done very well in every area. Buffalo Communications has probably exceeded my expectations, but it has nowhere near reached its potential.

Q: Why is a golf property better off with a course management company running its business?

A: The premise of our business is that a course owner will be better off with us there. We get paid a fee, then a success fee based on our performance. We’ve built a very big platform with enhanced platforms in every area of the business such as operations, agronomy, marketing, sales, publicity, finance, etc. There’s a lot of paddling under the water the golfer doesn’t see. We’re building platforms so golfers are well-served on the front-end side. In golf every asset is different, which is different than businesses like McDonald’s, for instance, because McDonald’s doesn’t change its prices three times a day, unlike most golf courses.

A: Yes, we have brought thousands of men, women and children into golf over the last 10 years, which has been a focus of ours. It’s one thing, though, to bring them into the game but another thing is measurement. We’ve been good at it but we haven’t been able to track their rounds and spend since we’ve gotten them into the game. Last year we brought in about 2,000 new golfers who averaged 5.2 rounds each, but spend is hard to track because of different costs at each location, so in 2013 we’re making an effort to try and track that better.

Player development is a challenge because non-golfers the industry wants to bring into the game aren’t watching the Golf Channel and probably don’t know where the golf course is, so we have to find ways to reach them outside traditional golf channels. Many golf professionals won’t do it because it’s not their second nature, but there are golf professionals who on board. Most of the golf organizations support it, but we’re only in the top of the second inning in this effort. It’s harder than it looks — it’s a hot-button issue with me.

Q: Why has the golf industry been so slow, or reluctant, to implement these grow-the-game programs?

A: Golf is a $68 billion-a-year industry, but it’s only one-tenth the size of Exxon and 30 percent the size of Apple. If a major corporation like General Electric, for instance, ran the golf business things would be different. However, there are 15,000 golf courses in the United States and 14,200 operators, so getting people on the same page isn’t easy.

Q: Is instituting grow-the-game programs expensive and, if not, why aren’t more courses doing this?

A: The model is unproven and should be incrementally profitable to the person giving lessons to new golfers, for instance, because it’s new revenue, and the course may get a percentage of that, plus additional revenue in green fees, cart fees, food and beverage, etc. In time, facilities and locations instituting these programs will harvest a lot of benefit from doing so.

Q: Does being one of Golf Inc.’s top-10 “Most Powerful People in Golf” the past eight years give you more clout as an industry voice beyond your success at BCG?

A: Yes, it affords me the opportunity to talk with people in other segments of the industry and relate my experiences in running 145 golf operations, and you can segment that business with many other segments. I’m able to tell people, “This is what’s really happening.” We’re trying to advance the art of management. I’ve been fortunate to build a successful organization that’s growing, so I’m on several boards. I’m not looking at the industry just from an operators’ perspective. Operators are on the front line so we know what needs to be done. It gives us the opportunity to see what golfers are thinking and we need to know why.

Q: As the NGF’s Chairman of the Board of Directors what is your biggest goal in advancing the business of golf and growing the game?

A: I would like to see several things. First, I’d like better metrics reported by the industry. For instance, in the hotel industry, all hotels voluntarily provide all their data, which is made available on a blind basis, allowing for in-market comparisons. The golf industry is more fragmented and has struggled to have courses submit data such as rounds played, etc., so, if courses don’t report, any reported data wouldn’t make sense. Second, I’d like to see barter as a form of payment eliminated. It’s an economic model lots of golf operators stepped into and need to stop.

Q: Do you have any plans for BCG to expand into other business areas beyond course management and Buffalo Communications’ current specialties?

A: There’s nothing in the offing. Part of being successful is finding what you’re successful in, staying focused, adapting and refining it all the time.