As Bad as You Want To Be:~Extreme Golf Courses Around the World 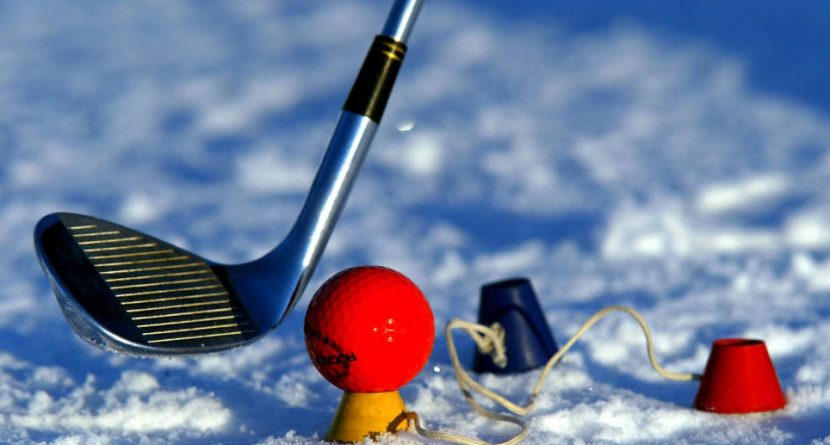 At first thought, the imagination conjures the bucolic image of a golf course as rolling hills and lush green extending out onto a horizon where temperatures don’t create sweat or goose bumps.

Golf, however, is now played almost everywhere on the planet. Here are a few courses that will blow your mind, offering extreme conditions and challenges for golfers.

At North Star Golf Club in Alaska, temperatures can reach -26 degrees Celsius. In that weather, a polo and khakis aren’t going to cut it. And as if that chill weren’t enough, the course’s permafrost layer creates mounds and dips that are ever changing.

Don’t call the terrain completely unforgiving, however. If an animal, like a fox or raven, steals your ball, one can be replaced. It’s on the scorecard. Take a flight east to in Uummannaq, Greenland, for the World Ice Golf Championships, where temperatures peak at 7 degrees Celsius ­– in the summer time. Golfers will be hard-pressed to find any green here, where the ball blends into the chilling backdrop of glaciers and ice.

On the other end of the thermometer, Alice Springs Golf Club in Australia is the hottest in the world, where temperatures reach 122 degrees Fahrenheit and hot winds rip across the course (from the desert?).

Despite the stifling heat, the course might be better than its neighbor, Coober Pedy. There, residents live underground rather than in houses due to the extreme heat. Not one thing grows in this town—its only ‘tree’ is a piece of scrap metal shaped into a tree standing atop a hill. While there is not one blade of grass, golfers can and are highly encouraged to bring their own pieces of turf with them to play. Travel-size turf. It gets so hot during the day, that it is more common for golfers to play at night with glow-in-the-dark balls. Maybe temperature isn’t enough to excite you. Perhaps playing golf amid a potential war zone is.

Then try Camp Bonifas, a United Nations command military post located along the southern boundary of the Korean Demilitarized Zone — the border between South and North Korea. An Astroturf par 3 is surrounded on all sides by landmines, where a landing ball could set one off at any given time.

And who says golf isn’t dangerous?