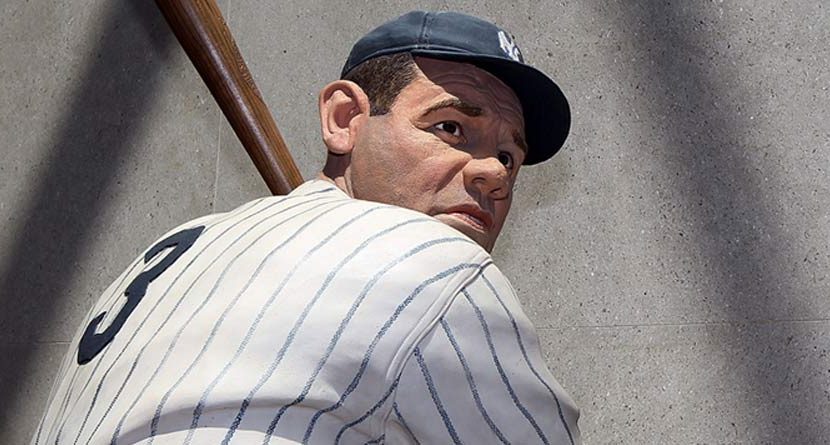 The 2013 Major League Baseball regular season is on our doorstep and, short of a big-league ballpark, there’s no better place to visit than Cooperstown, N.Y.

How cool is Cooperstown? Well, this upstate New York village might be the only place on earth with 2,200 residents whose name is recognized virtually worldwide.

Without question baseball, specifically the National Baseball Hall of Fame and Museum, made Cooperstown famous, and it’s definitely reason enough to visit. You, me and every rejected eligible player on this year’s Hall of Fame ballot can — with a paid admission — roam the hallowed halls honoring those deserving legends who presumably gained entrance without performance-enhancing drugs.

But there’s more to see in Cooperstown than Babe Ruth’s jockstrap — namely other fine museums, shops and, perhaps most importantly, the superb Leatherstocking Golf Course, which, in itself, is worth the 70-mile drive from Albany and 200-mile trek from New York City.

A creek divides the 285-yard, par-4 16th fairway into two landing areas, the 182-yard 17th is all carry over water and the lake hugs the entire left side of the dogleg-left, 515-yard 18th. In fact, the tee shot from the back tees must carry 150 yards from a tiny island in the lake to the fairway, then it’s a matter of how much you want to bite off on your next two shots to the long, two-tiered putting surface.

Leatherstocking Golf Course is classic golf at its finest.

Unlike Devereux Emmet and Leatherstocking Golf Course, nobody’s 100 percent positive if Abner Doubleday laid out the first baseball diamond in Elihu Phinney’s Cooperstown pasture in 1839. Regardless of the game’s true origins, Cooperstown and baseball have been permanently linked, especially since 1939, when the Hall opened.

Every baseball fan should, at least once, visit the Hall. In fact, even non-baseball junkies will enjoy themselves. For instance, my wife and daughter — neither a baseball lover — grudgingly decided to tag along with my son and me and they had a wonderful time. The museum’s main attraction among its 165,000 artifacts is the Hall of Fame Gallery, which contains the plaques of the 297 Hall of Famers.

Among my favorites of the many exhibits are the Babe Ruth Room (don’t worry, his jockstrap really isn’t displayed — I don’t think) and Hank Aaron: Chasing the Dream; Sacred Ground, which examines ballparks of today and yesteryear; Baseball Cards, a sampling of the Museum’s 135,000 cards, including the famed T206 Honus Wagner; and Pride and Passion: The African-American Baseball Experience, detailing the history of African-Americans in baseball, from the Civil War through today; and Diamond Dreams: Women in Baseball.

The place to stay in Cooperstown is the grand Otesaga Resort Hotel, a AAA Four-Diamond Hotel that’s open from mid-April through Thanksgiving weekend. The imposing red brick Federal-style structure, which opened in 1909, has undergone many improvements over the years, including a $30 million renovation in 2000.

The view from a rocker on the 180-foot-long rear veranda overlooking beautiful Lake Otsego and Leatherstocking’s 18th green is priceless. The rooms are very comfortable and the food fantastic. You can’t go wrong with either the main dining room’s elegant menu or the Hawkeye Bar & Grill’s casual American cuisine.

Another popular choice in town is the Cooper Inn, which is affiliated with The Otesaga.

The Hall of Fame dominates Coopertown’s Main Street, but keeping it company are numerous shops and restaurants. The Cooperstown Bat Company has made handfinished bats and offered bat-turning demonstrations at its factory just outside of town in Hartwick since 1981, but also has a Main Street retail store which is another popular stop for baseball fans.

One of the area’s best restaurants is the Blue Mingo Grill, a local favorite located at Sam Smith’s Boatyard two-and-a-half miles north of Cooperstown on Route 80.

Enjoy The Farmers’ Museum by strolling through authentic recreated commercial and domestic buildings in a rural village circa 1845. Check out the wallpaper being handmade on an 1837 block press reproduction, as well as weavers, printers, blacksmiths and broom makers, among others. You’ll also see the 10-foot-tall Cardiff Giant, thought to be a prehistoric man when dug up in 1869, but later found to be a hoax perpetuated by Binghamton resident George Hull, who got rich thanks to curiosity seekers before it was discovered he carved the figure from gypsum.

The internationally acclaimed Glimmerglass Festival, north of Cooperstown on Highway 80, prerforms more than 40 performances of four operas each July and August in the Alice Busch Opera Theater.

Hey, even if you’re not an opera fan, there are enough other nearby diversions that will have you singing the praises of Cooperstown.

• If you have time, the nine-hole Otsego Golf Club (www.otsegogolf.com; 607-547-9290), eight miles north of Cooperstown (and 0.5 miles north of Glimmerglass Festival) on Highway 80 in Springfield Center, claims to be one of America’s 10 oldest courses (1894). The fun par-35 track plays along the shores of Lake Otsego.