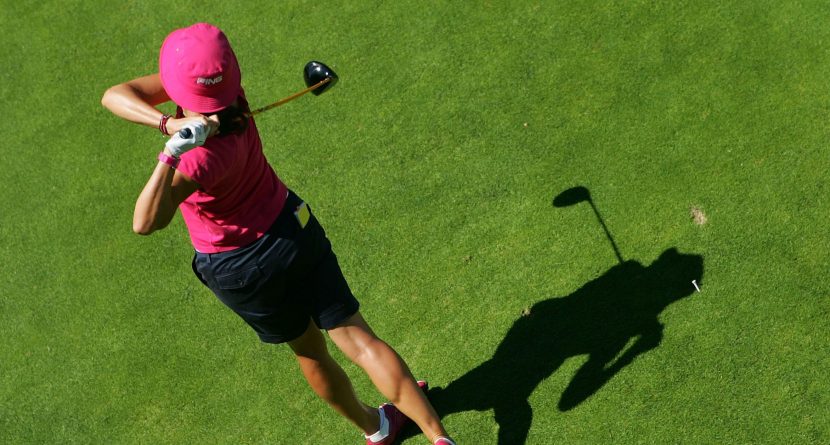 Bonjour! This year we celebrated 100 years of French golf! To celebrate, let’s talk about professional golf there.

Two institutions govern the game in France: the French PGA, who represents the professional players and golf teachers, and the French Golf Federation, whose mission is to grow the game in the country. They share the responsibility to get French people to discover this great sport and helping them to become better players.

The French Federation created a beautiful fresque, sharing our rich history with the game in amazing perspective. The picture is stunning, as is the state of the pro game now in France.

I can proudly say that we have some of the greatest international golf tournaments on Planet Golf. The Evian Masters is becoming the Evian Championship this year, the fifth major in women’s golf. Our National Opens, the Lacoste Ladies Open de France and the Alstom French Open, carry so much history and greatness. And in 2018, the Ryder Cup comes to France, the most prestigious tournament in the world.

The Evian Masters has known 19 years of constant success and improvement. I have never heard of any other tournament in the world that has been able to set the bar so much higher every year. They constantly strive for greatness, and their hard work has been rewarded in the best possible way. In September, The Evian will be played for the first time as a major championship.

I played the first Evian Masters in 1994 and at least 10 of them throughout my career. In 2003, I had the honor to be elected as the Evian Masters Ambassadrice, a few months after my major championship win at the Kraft Nabisco in Palm Springs. The Evian is not only a great tournament; it is also a very nice place to visit and a spectacular site, between Lake Geneva and the Alps. It is a fitting setting for a major!

The Lacoste Ladies Open de France, however, has a very special place in my heart. It is our national women’s open, and I won it in 2000. Lacoste became title sponsor in 2011, marking the first time the Lacoste brand took such a role in a sporting event, making the association even more special.

The crocodile has been on my shirts for as long as I can remember, since I was an amateur on the French team. Today, I still work and partner with Lacoste and ASO-FFGolf Production (promoter of the tournament) as the Ambassadrice of the tournament, which is played on the Lacoste-family-owned course in southwest France, in Saint Jean-de-Luz, very close to Spain. Another great region of France to visit!

When we speak about the history of the game in France, the Lacoste family name is right there (it’s present everywhere) all through 100 years of French golf. Look at the fresque, and all you will see on the players is the iconic crocodile!

To explain why the Lacoste family is such a big name in sport (especially in tennis and golf history), you’ve got to know that Mr. Rene Lacoste, founder of the brand, was a professional tennis player. His nickname on the court was “the crocodile.” His wife, Simone Thion De La Chaume, was a top French amateur golf player, and their daughter Catherine won, as an amateur, the U.S. Women’s Open in 1967.

On the men’s side, the Alstom French Open has an immense history. It’s been played and won by so many big names of the game through the years: Ballesteros (four wins), Norman, Faldo (three wins), Bernhard Langer, Retief Goosen (twice), Olazabal, Colin Montgomerie, Miguel Angel Jimenez and Martin Kaymer.

Le Golf National in Paris, which will also host the 2018 Ryder Cup, is an outstanding venue. Having secured a place in Ryder Cup history as the second European host site in continental Europe, France, led by the French Golf Federation, has the opportunity to make a difference. There is no better place for the most-awaited golf event than the heart of Europe, in the beautiful city of Paris.

Thanks to the Ryder Cup, French golf will reach greater heights. This is a very exciting time to be a French golf professional and to be part of this journey.

While we’ll have to wait for the Ryder Cup, I will take you on a Tour de France, including its golf and lifestyle, how we enjoy the game and the les a cote, the post-game. There’s so much to live for and enjoy; just follow me on the next stop and you’ll learn more about golf the way it is played in my country, region by region.