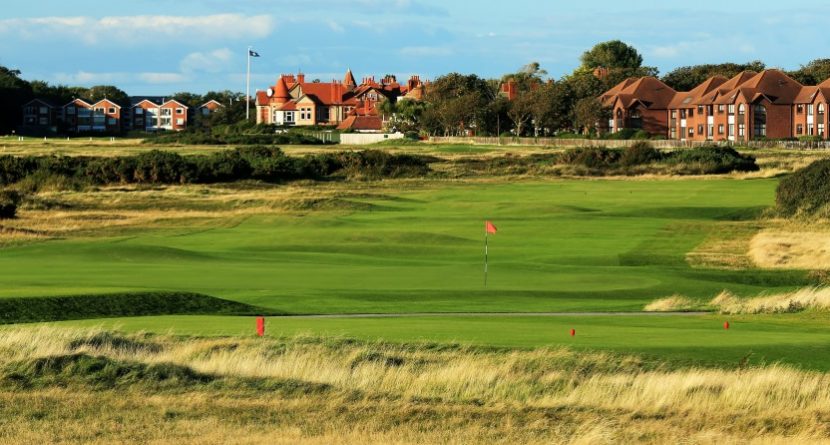 Hoylake is little more than a village, some 20-odd miles from Liverpool, which is located on the other side of the Dee Estuary.

If it weren’t for the Open Championship, the chances are that you would never have heard of it. But the locals are glad that you have. Almost every shop has a picture of the claret jug in the window; outside every pub is a food board featuring the most famous trophy in golf.

For this week, everything in the area centers on the old game. And the locals who love it most are the ones who take the somewhat cushy option of renting out their homes to players, management companies, agents and equipment manufacturers.

The going rate for the week seems be in the region of £8,000-£10,000 ($13,650-$17,000). Tax-free, presumably. This being a fairly affluent part of northwest England, some of the homes being occupied are pretty impressive. But it still seems like a lucrative little number for those who opt to cash in. One home owner, who asked not be named, explained: “The Open doesn’t come here very often. It was last here in 2006 and before that it was 1967. When we heard they were coming back, we decided that we were going to take advantage, so we got on the Internet and found somebody who was able to put us in touch with the right people. We have Paul Casey staying in our house, and we have moved in with my wife’s parents for the week.”

And how much had he been paid? “Away man, I’m not going to tell you that,” he replied. “All you need to know is that we got a tidy sum. We move back in on Monday to clean up the house and head off on holiday on Wednesday. Lovely job.”

Within a couple of days, nobody will ever know The Open had been here. The course has been staffed by hundreds of litter pickers, and you have never seen anything like them — there is not a sweep wrapper or a cigarette end to be found anywhere on the course. As soon as a piece of paper hits the ground, it is swooped up. Eating and drinking at the course is not cheap, but local shops, pubs and restaurants should take a bow for refusing to exploit the thousands of people staying in the area.

Hoylake, you have done yourself proud.