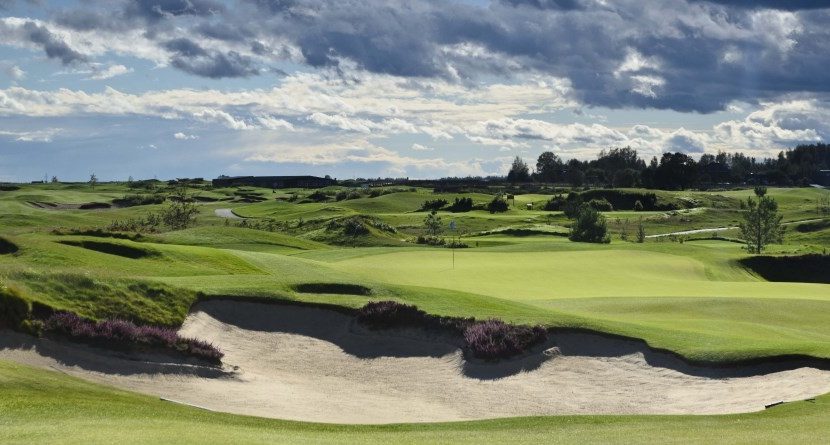 Scan the list of 1,545 players currently in the official world golf rankings. Then check out their countries. Bolivia, Mayanmar, Zimbabwe – quite a few obscure nations, ones you probably couldn’t locate on a map.

One country you won’t see? Russia. Seriously. The world’s largest country doesn’t have a single male golfer in the top 1,545 in the world.

Golf courses may not be plentiful in Russia, but it now has one of the finest in the world. PGA National Russia at Golf Club Zavidovo – located in the town of Zavidovo, about 70 miles northwest of Moscow – technically opened its doors in September. But the country’s first and only golf club to feature the PGA’s prestigious stamp of approval will hold its official “international opening” this weekend.

Constructed by European Golf Design, which built the Celtic Manor Resort course in Wales that hosted the 2010 Ryder Cup, PGA National Russia joins an elite list of PGA-branded facilities around the globe. Such as the PGA Centenary Course at Gleneagles in Scotland, where the 2014 Ryder Cup will be held. The 2018 Ryder Cup is already spoken for, but be sure that Zavidovo wants in on the 2022 Cup, the next time the Euros host.

First, PGA National Russia will aim for a major European event. With the Tseleevo Golf & Polo Club holding the Russian Open in July and the Moscow Country Club putting on the Russian Senior Open in September, Zavidovo’s time may be 2014. When that comes, the club will have completed its 250-room Radisson Hotel. As of now, just a 10-room boutique hotel exists, but it is complemented with fine dining and an internationally-acclaimed chef on the clubhouse’s second floor, and a ground-floor bar that includes an outdoor terrace. Both locations offer stunning views of the course.

At 7,400 yards, the par-72 course at times looks like an ancient Scottish links layout, but at other times resembles the heathland on which it was built. A few water hazards are spaced around the course to add variety. It’s basically in the middle of a nature reserve, which made the town an attractive option to house an official residence for the Russian president.

PGA National Russia also has a nine-hole academy course, exactly what may be needed to get a Russian pro in those world golf rankings.

The head pro at Zavidovo is Nick Solski, an Englishman who knows a few things about promoting golf in locations where it’s not exactly popular. Before moving to Russia, he served as the director of golf for the Superior Golf Club in Kharkov, Ukraine. Prior to that, he held the same position at the Le Meridien V Golf Club in Vilnius, Lithuania.

He often conjured up unique ideas to bring people out to the courses, such as a “Golf in High Heels” event, which enticed around 100 women to Superior. He also put on a “Whiskey-fest” tournament there, allowing golfers to subtract strokes from their scores by sampling whiskey on the tee.

That imaginative thinking may be what Russia needs as well. Because if Solski can get people to the club, Zavidovo is positive they’ll enjoy what it has to offer.