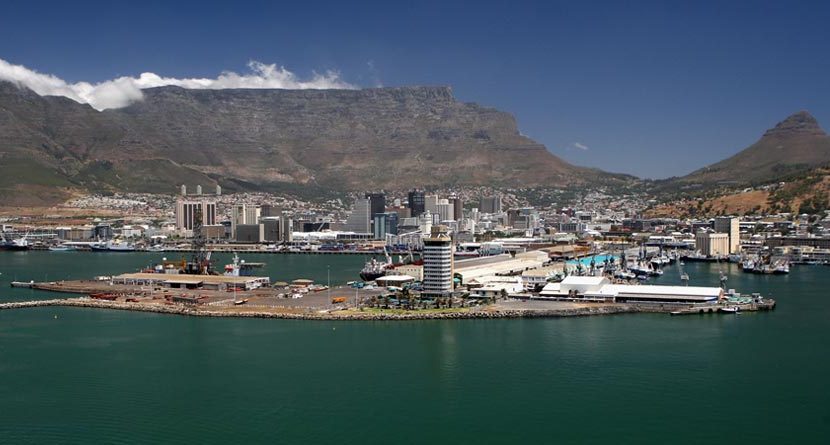 With the European Tour’s southernmost swing drawing to a close, now seems as good a time as any to ponder South Africa’s many strengths as a golfing destination.

Though a superpower of world golf, it’s always tempting to cast this home of many’s a burly major winner in the role of inexplicable outsider, reduce it to a remote and exotic triangle pitched at the nub end of the most mysterious continent. The bustle and chaos of African life sit uneasily alongside the tailored slacks and manicured surfaces of the suburban golf club, after all, and rather than make real sense of this mismatch, we insist on a simple history of great one-offs and blind chance.

There’s truth to be found there, sure – Gary Player and Bobby Locke beat the odds to become world-beaters – but South Africa’s success as a breeding ground for major champions has always run deeper than the charismatic pull of a few big talents.

For this is a country made for golf: a hacker’s paradise littered with classic courses. The climate is a wondrous blend of equatorial heat and coastal moderation, its culture endlessly insistent on the value of sport and the outdoors. Pristine courses dot its landscape, all the way from the littoral regions east and west of the Cape to the plateaus and valleys of the high veldt.

In addition to helping South Africa claim the odd green jacket or Claret Jug, of course, all of this guarantees its status as one of the most attractive international destinations for travelers in search of top-class golf. What’s more, it remains immensely affordable. The economic crash and South Africa’s hosting of the 2010 World Cup may have squeezed the gap at both ends, but Western currencies still go that bit further as Rand.

So where does the humble duffer, recently alighted at Cape Town or Johannesburg, begin his or her South African odyssey? How does he or she spend the hours between rounds? We have a few suggestions. Though it can be a little tricky to gain access – green fees are limited to clients of nearby hotels – Leopard Creek encapsulates that strange collision of wilderness and manicured civilisation that defines the South African tourist experience.

The current venue of the European Tour’s Alfred Dunhill Championship, the course twists and turns its way along the southern edge of Kruger National Park, an enormous expanse of wilderness populated by hundreds of exotic species, from crocodiles and hippos to big cats and antelope.

A faster and unrelentingly athletic cousin of American football, rugby is a way of life in South Africa. If you can get yourself to a stadium in the highlands, where red meat and natural selection have combined to breed several generations of six-foot-something giants with a taste for athletic brutality, be prepared for quite the spectacle.

The Links at Fancourt Like Leopard Creek, the Links at Fancourt is a Gary Player design dating back to the 1990s. Unlike the former, however, which relies on the local fauna to breathe life into its otherwise perfunctory design, Fancourt has excelled by dint of its spectacular layout, a widescreen pastiche of Scottish traditionalism set amidst the rolling hills and cliffs of the Garden Route.

Home of the Volvo Golf Champions, a round on the Links will set you back approximately $180. If that strikes you as a little exorbitant, and the market in South African green fees will likely tell you that it is, it’s possible to enjoy 18 holes on either of the resort’s other courses, the highly rated Montagu or Outeniqua layouts, for a little under a third of that.

For a few months every year, great white sharks crowd the waters of the Cape and Natal. During this time, it’s possible to join a chartered shark-diving expedition, where you’ll be expected to don a wetsuit, plop into a rickety steel cage and, from a distance of several feet, watch the beasts circle menacingly.

The practice of attracting white sharks by scattering chum has drawn the ire of environmentalists and conservationists in recent years. If you count yourself among the offended, it’s still possible to guarantee a close encounter. Golf has been played in Johannesburg since the 1890s, when the city amounted to little more than a dust-blown mining settlement set in the thin air of the high veldt. The current incarnation of Royal Johannesburg’s East Course has been around for scarcely half that time, but it has become a South African institution. Famed for its ferocious length (7,500 yards – the 10th and 11th holes are reputed to be the longest back-to-back par-4s in the world) and architectural subtlety, it’s a nearly obligatory stop on the Sunshine Tour.

It may lack the adrenalin-charged promise of shock and awe possessed by some of its newer, shinier rivals, but Royal Jo’burg’s appeal is no less significant. To wander these fairways is to embark on a historical pilgrimage of sorts. All of South Africa’s golfing icons, from Player and Locke to Goosen and Els, have competed here. It’s a relic of simpler, more romantic times. At $30 a round, how can you say no?

The United States, Argentina, Australia: several countries like to think they have the market in barbecuing cornered. South Africa, where the braai occupies a cultural space somewhere between a meal and religious sacrament, puts most others to shame. Best stay at home, vegetarians.

Situated on South Africa’s soft and humid north-east coast, Royal Durban presents a challenge slightly at odds with the layouts of the highlands and windswept Cape. At a little under 6,200 metres (about 6,800 yards), it’s a pocket-sized marvel of odd angles and unconventional shot-making.

Immensely affordable, Royal Durban offers another one of those opportunities to commune with the giants of golfing past and present. As the spiritual home of the South African Open, it has held 17 national championships to date.

South Africa is something of a cultural melting pot, home to innumerable dialects and languages. The one with the largest catchment area, however, and the strongest grip on official life, remains Afrikaans, an offshoot of the Dutch spoken by the region’s early settlers and the gutteral car crash of consonants you hear Ernie and Louis using to converse with caddies. It sounds really cool, particularly when Charlize Theron speaks it. Only opened in 1999, Arabella has fast established itself as one of South Africa’s most exciting layouts. Occupying a spectacular plot of on the edge of Bot River lagoon, the course weaves its way along a stretch of low-lying peninsular land surrounding the resort’s large (and slightly inelegant) residential development.

Arabella may lack the historical cache of Durban or Johannesburg, or even the forceful beauty of a Fancourt or Leopard Creek, but it strikes an appealing compromise between rugged isolation and the accessibility of modern resort living. For the weary traveler beginning to long for the predictability and security of a more familiar experience, its blend of impeccable service and modern amenities is tough to beat.