The Baddest Bunker In Golf 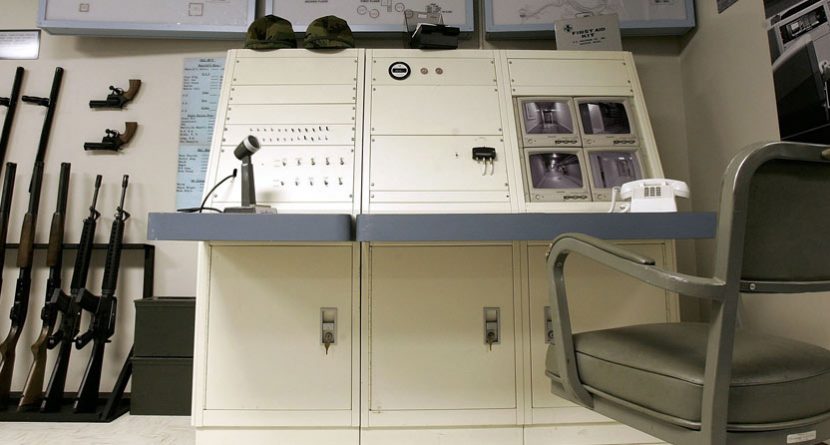 If you’ve ever watched a James Bond or Jason Bourne movie, chances are you’ve heard the conspiracy theory about a secret underground government.

You know, the fictional tale of a fully-functioning, super-secret lair located deep beneath the ground, built to maintain political order in case all hell breaks loose in the world above. There may or may not be an evil villain mastermind housed there… petting his hairless cat… enjoying the latest havoc caused by their (frickin’) sharks with (frickin’) laser beams attached to their (frickin’) heads.  (Yeah, I’ve seen Austin Powers. Got a problem with that?) What does that have to do with golf you ask?  Well, what if I told you there really is a top secret bunker in West Virginia located below a famous golf course, built specifically to protect the United States government? Even better… what if that bunker had everything needed to continue running the country in the middle of catastrophic nuclear devastation? (Well, everything except the laser-headed sharks and hairless cat.)

Located deep beneath the Greenbrier Resort – home to this weekend’s Greenbrier Classic – is a bunker built to protect the President’s Cabinet and other top U.S. officials. Hidden in the foothills of the Blue Ridge Mountains for more than 30 years, the Greenbrier Bunker is quite literally the White House underground, protected by a giant reinforced steel door designed to withstand the apocalypse.

Originally built at the same time as an addition to the prestigious and luxurious Greenbrier Resort in the 1950s, government architects cleverly distracted the snooping public eye away from the true intentions of their project. During this time in history, the Cold War was in full effect and citizens would have erupted had they known a nuclear fallout shelter was being built in “them thar hills” underneath the feet of society’s elite.

In fact, the public had no idea of the bunker’s existence until the Washington Post’s Ted Gup came along and blew the proverbial steel door off its hinges in 1992. In his expose of the secret lair, Gup surmised the bunker had become completely obsolete over the years. Roughly the size of a modern-day Wal-Mart, Gup suggested time and expiring lifecycles on building materials made the bunker useless for anyone’s protection.

Gup would later say had it not been for his Washington Post article, the country would still be relying on an out-of-date facility that had since become akin to a basement as opposed to a protective bunker.

“We sat on the story for a couple of months making sure it wouldn’t harm national security,” Gup told Susan Glaser of The Plain Dealer. “The bunker mentality that preserved that place was itself a threat to national security. It’s exactly why you want an active press.”

How “secret” was the true intention of the facility? During the 30 years that the bunker was confidential, groups held meetings there and enjoyed theme parties and dinners within its well-protected walls, all without realizing they were in a top-secret government facility. The partying guests never knew that the Exhibit Hall was actually designed to be the work place for Congressional staff or that the Mountaineer Room and Governor’s Hall would easily accommodate the U.S. Senate and House of Representatives. Finally declassified after three decades, the Greenbrier Bunker is now a popular tourist attraction for visitors. Paying guests ($30 per adult, $15 for kids) are given a 90-minute tour that covers most of the bunker’s massive layout. Historians suggest the bunker was built large enough to accomodate both the House and Senate, including over 1,000 bunkbeds for other key government officials. A six-month supply of food was constantly kept on the premises and replenished twice a year.

The bunker was renovated in 2006 adding five meeting rooms ranging in size from 670-730 square feet. Each room was named after a House or Senate leader from 1956, when the original bunker construction began.

As far as those awesome theme parties that used to be held in the bunker? Don’t worry. The Greenbrier can assist with hosting your own M*A*S*H or James Bond-themed gathering underground. Only in the U.S.A., baby. Only in the U.S.A.!