The Best Places on Earth for Felix Baumgartner to Land 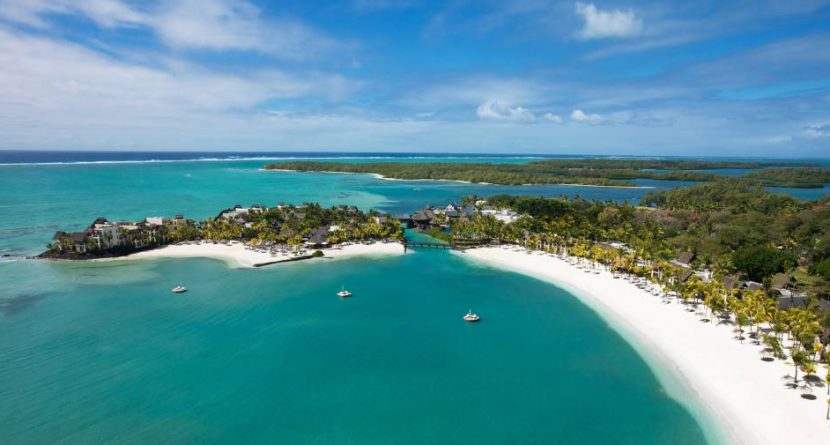 Shattering the sound barrier as he hurtled to earth, Felix Baumgartner, the Austrian daredevil skydiver, needed a memorable landing in a very special place to regain his bearings.

In the best of worlds, it would be a place that’s remote and restful, away from prying eyes and the paparazzi. With golf available, of course.

Here are nine suggestions for the gravity-defying human bullet whose clubhead speed probably matches his speed of descent. For grail seekers of authentic golf experiences, the northwest corner of Eire is, like outer space, the Last Frontier. In this briny, sparsely populated county where peat fires warm the pubs, the club of choice is Ballyliffin, Ireland’s most northerly golf outpost.

Choose from the Old Course – a rippled, wrinkled old-timer described by Nick Faldo as “the most natural golf links I have ever played” – or the Glashedy, a newer, sterner test named for the muffin-top of rock that rises from Pollan Bay. Holes on this 7,217-yard beast, threaded through a treeless landscape of towering sand hills, are not for the faint at heart. The Southern Hemisphere’s most magical kingdom, New Zealand, the backdrop for the “Lord of the Rings” film trilogy, is a mash-up of climates and geologies best described by Rudyard Kipland as “last, loneliest, loveliest, exquisite, apart.”

The best place to relax and unwind in Kiwiland is the sumptuous Lodge at Kauri Cliffs on the North Island, its golf course a 3-D postcard routed on verdant bluffs overlooking sandy crescent beaches and the Bay of Islands. The lodge itself, conceived by American hedge fund tycoon Julian Robertson, if off the charts for creature comforts, farm-to-table cuisine and superb New Zealand wines. Thirty years ago, the majority of western visitors to this small tropical island, one of thousands in the Indonesian archipelago, were groups of longhairs backpacking their way along the Southeast Asian hippie trail.

In addition to the enchanted settings, now there’s golf, most notably Bali Handara Kosaido Country Club, a dazzling layout set within the bowl of an extinct volcano in the highlands of central Bali at 4,000 feet above sea level. Unlike the steamy coast, the climate here is spring-like. Jungle-covered ridges shrouded in mist frame the layout, which is crisscrossed by gurgling mountain brooks. You’ll hear monkeys chattering in the treetops. And Hindu prayer chants wafting over the course from the temples of Pancasari. Located 75 miles off the southeast coast of England is Jersey, an island known for its dairy cattle as well as its status as an offshore tax haven. Jersey is also the birthplace of golf legends Harry Vardon and Ted Ray, the two pros sent packing by amateur Francis Ouimet at the 1913 U.S. Open.

The club of choice is Royal Jersey – a short, sporty antique bordered to the east by the Royal Bay of Grouville. The rolling, tumbling links weaves past German gun emplacements left from World War II and, at the first hole, a Napoleanic fortress.

Longueville Manor, a vine-covered 15th-century hostelry embraced by lovely gardens, is theplace to say. With France a mere 14 miles away, Jersey cuisine is exceptional.

Along the upper reaches of the North Atlantic bordering the Arctic Circle is this large island nation with a small population and, with over 70 golf courses, a surfeit of riches for visiting players.

One of the wildest, least-polluted and most-literate nations on Earth, Iceland has spouting geysers, bubbling hot springs, huge cataracts and moss-covered lava plains. Also, during the time Viking residents plundered European settlements, they carried off the Continent’s prettiest girls, which is why Icelandic women are among the most beautiful in the world.

As for golf, the courses occupy an array of environments, from the flanks of mountains to the brink of the sea. Despite its name, count on a very warm welcome in Iceland. A member of the United Arab Emirates, the desert oasis of Abu Dhabi is caught up in a mad, headlong dash to become the world capital of culture, leisure and luxury.

Located a short distance from downtown Abu Dhabi on a pristine white beach where hawksbill turtles lay their eggs is the St. Regis Saadiyat Island Resort, a glamorous retreat opened last year. The summit of luxury? Even fussy sheikhs say so. Guests have access to the Saadiyat Beach Golf Club, the Persian Gulf’s first beachfront golf course. The sturdy Gary Player-designed layout, stretching to a massive 7,806 yards designed to tame the richest oil baron, is served by a spectacular Frank Gehry-designed clubhouse. Earthbound pilgrims have to board a ferry in the far west of Scotland to reach Islay (pronounced EYE-la), but Felix can land directly on this brooding Atlantic atoll, there to savor the smokiest single-malt whiskey in the land, a golden elixir that compares favorably to liquidized seaweed and peat, with a tincture of iodine.

As for golf, there’s the Machrie, one of world’s great remote courses. Founded in 1891, this totally natural links, parted through brooding, bearded sandhills, is short on bunkers (only six) but long on blind shots (nearly 20). For beauty, solitude and freedom, plus striking views of the 2,500-foot Paps of Jura soaring above the sea, the Machrie stands apart from all others. Tucked away in the easternmost of Canada’s provinces, Terra Nova Golf Resort, set beside an ocean inlet in Port Blandford, offers a nuts ‘n berries golf course extracted from the wilderness. Set within a national park, Terra Nova ambles across wildly beautiful terrain, its rocky landscape one of hard splendor.

The Twin Rivers, each of which holds salmon, imperil wayward shots, though Canadian designers Robbie Robinson and Doug Carrick fashioned a rugged yet playable layout. Terra Nova’s collection of par 3s is terrific, though with frequent sightings of moose, bear, caribou, bald eagles and seabirds, they are often overlooked.

Plan on fish for dinner—the Grand Banks are offshore. “Heaven was copied after Mauritius,” wrote Mark Twain after his visit to this remote volcanic island in the Indian Ocean some 1,200 miles off the coast of southern Africa.

One of the world’s ultimate golf hideaways can be found at One & Only Le Touessrok, a lavish, Moorish-themed resort that occupies a prime beachfront setting. The resort’s golf course is set on its own tiny island across a lagoon. Emerald-green fairways swing past bamboo, bougainvillea and banyan trees. A sultry sea breeze gently sweeps the links.

Paradise on earth? Mauritius may be it.