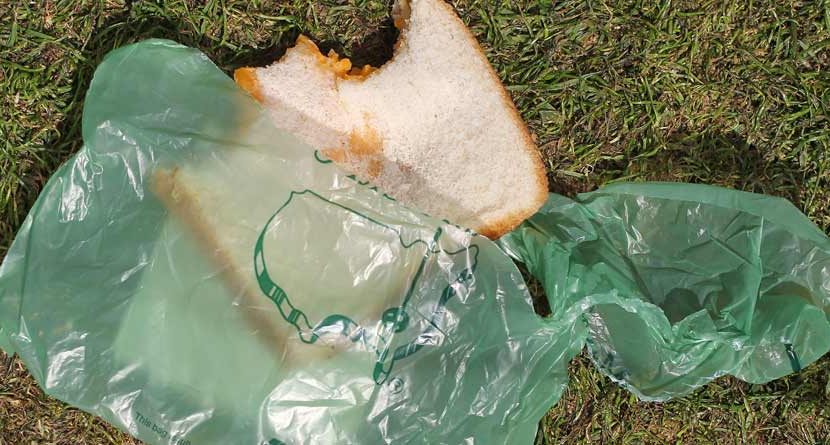 Each April, the Masters comes to Augusta National and draws hundreds of thousands of patrons from all over the world to watch the greatest players in the game of golf. At Augusta, however, it’s about so much more than the golf.

This year I found myself on the ground of Augusta National and decided to do ya’ll a favor: I sampled one of everything on the menu and am here to tell you that the pimento cheese sandwich is, indeed, the “bees knees.”

It’s often difficult to live up to the hype. Ask Ty Tryon or Ryan Leaf, they know. In this case, however, the hype was well-deserved. The sharp cheesy goodness that oozed from the bread was delectable. As Ferris Bueller once said, “It is so choice. If you have the means, I highly recommend picking one up.”

Sure, Bueller was talking about a Ferrari, but I guess you could say the Augusta National pimento chess sandwich is the Ferrari of cheese sandwiches.

The other options (classic chicken sandwich, Masters club, wraps, etc.) were all OK at best, and that’s all right. People don’t usually go to Augusta for veggie wraps or cold chicken sandwiches. The come for the pimento cheese and stay for the championship golf… I think. Either that or the cookies? I swear, if the Girls Scouts of America made chocolate chip cookies, they’d be the only ones that could rival the cookies at Augusta.

This legendary dish (obviously) isn’t the only thing on the menu at Augusta. The next best thing for my $3 is the Bar-B-Q sandwich. All this sandwich is is pulled pork on a bun, but that’s the beauty of it — it’s simple. Something doesn’t need to be fancy to be exquisite and that’s certainly the case for this sammie.

Next up is breakfast. I’m not going to lie, I was a tad disappointed in the breakfast biscuits. The chicken biscuit was a little dry and the sausage biscuit was in pieces before I unwrapped it. That being said, I still finished both.

All in all, the food was better than you’ll find at your average ballpark or movie theater, and thus, should be commended. Many times the food gets overlooked at sporting events or concerts but, like everything else in Augusta, there was no detail ignored. And for the ridiculously low prices this fare is offered at, it makes eating before or after your day on the grounds a non-option.