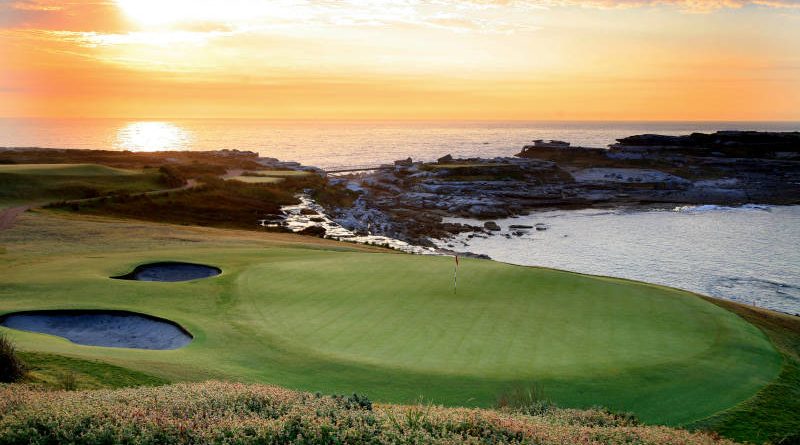 Australia is home to some of the best golf courses and golfers in the world. Its mild climate, luxury resorts and access to top-rated courses makes it an obvious choice for planning a golf vacation. Here are 9 courses that will make your trip unique and memorable. Part of the renowned sandbelt of courses in the Melbourne area this place is over 100 years old but holds its own today. The design uses the natural topography to aplomb. Tom Lehman once said it was just half a club behind Augusta National.

If the challenge of the course isn’t enough to keep you interested on any given day you’ll see a plethora of native birds as well. Home to the last two Australian Masters, this is another of the stunning sandbelt courses in the Melbourne region. Varied green complexities test every level of golfer and once again the ability to use the natural sandy areas make this place visually captivating.

It’s not long but elevation changes, greens and sand traps will sort you out. Starts with a great 260yard par 4 enticing you into risk/reward golf from the get go. Royal Melbourne showed the golfing world its class during the 2011 President’s Cup but what many are unaware of is the fact the course played was actually a composite of the east and west courses.

The East course is the little brother of the two but don’t for a second think it’s not a stunning test of golf. The starting and finishing holes particularly are beyond world class. The greens are a little smaller than the west course and still boast some slick tests and undulations. The National boasts three courses in the Old Course, the Ocean Course and the pick of the bunch, the Greg Norman designed, Moonah Course.

Running through the rolling paddocks south of Melbourne the course has gorgeous wispy long grass as a signature… just remember to stay out of it and on the short grass. Finally moving out of Melbourne to the southeastern side of Sydney the New South Wales Golf Club is a gem by the sea. The views are spectacular, especially as you hit across the Pacific on the signature par 3 sixth. New South Wales is one of the toughest tests in the golfing world when the wind blows as multi directional holes mean you are tested a variety of ways within your round. On some days you can reach a par 5 with driver, wedge… on others three woods and you might not make it. Way ‘down under’ in Tasmania you will find a small golfing Mecca called Barnbougle Lost Farm (and Dunes: see no. 3) where you can discover brilliant links style golf. Lost Farm is unique in many ways, one of which is the fact it is a 20-hole course. The minimalistic design complements the natural terra firma rewarding strategic and traditional golf. The course hits the coast and the hills to give you a diverse challenge. The first of the Barnbougle courses in Tasmania is a stunning visual pleasure and a breathtaking test of your links style golfing prowess. The holes amongst the natural coastal dunes rival anything seen in Scotland and Ireland and has you stunned throughout the experience. The course is walk only to preserve its beauty but you wouldn’t want to waste the time on a cart anyway. Plus caddies are available. To some Kingston Heath is the premier course in Australia and they have valid argument. Another in the sandbelt region of Melbourne the course has some of the best natural bunkering in the history of golf.

Like most of Australia’s great courses you need to play strategic golf. If you think you can overpower her and you grip and rip it, expect to get stung. It’s a classic design that will forever stand the test of time, having been a classic since 1925. While there is an obsession amongst many golf course designers to add length Royal Melbourne west course shows Alister MacKenzie had it all figured out way back in 1926. At just 6628 yards the uneducated might scoff at its pedigree, but if you saw the President’s Cup you would know the greens produce some of the greatest tests in golf.

Don’t give the course the respect it deserves and as the Aussies would say, it will fair dinkum bite you on the bum. The bunkering is superb and if the wind blows the course becomes a real brute. Do not plan a golfing trip to Australia without considering a trip to one of the world’s greatest courses.