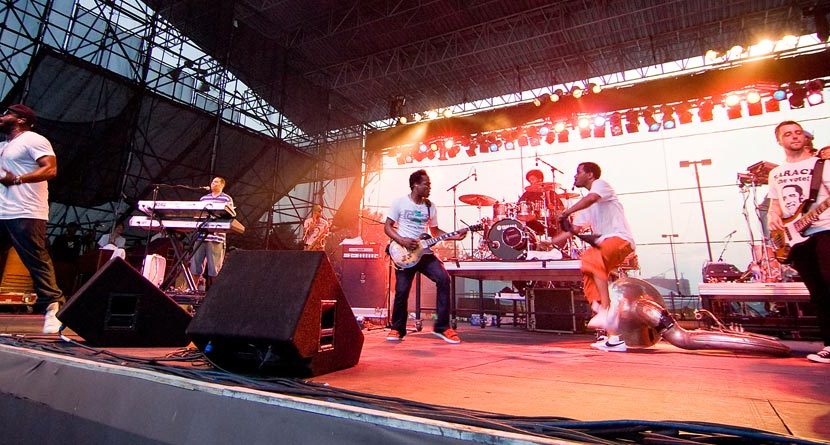 Philly native Questlove is all over the place.  The leader of pioneering hip hop band The Roots can be seen with his crew bringing the funk every night on Late Night with Jimmy Fallon; he’s also highly sought after as a DJ, producer and session musician.  One thing he may not get enough credit for is being one of the most influential tastemakers in the music industry, and for the last 6 years he’s been kicking off the summer with one of the best music festivals of the year.

The Roots Summer Picnic takes place the first Saturday of June on the Festival Pier at Penn’s Landing in Philadelphia.  The lineup, curated by Questlove, features hip hop, soul, rock and alternative acts, but the format is what sets it apart.  The headliner is always an old-school hip-hopper with legendary status – past years have seen Public Enemy, Nas, Wu-Tang Clan and Rakim – who performs their signature album in its entirety with the Roots as backing band.  The bill is balanced out by a mix of young hip hop stars (both mainstream and underground), up and coming critical darlings and established crowd pleasers, as well as various members of the Roots’ extended musical family.

I was at the 2nd annual Summer Picnic in 2009 when Public Enemy closed the show by performing their seminal album “It Takes A Nation of Millions to Hold Us Back” with The Roots.  Ten hours earlier, The Roots opened the show by improvising a jam based around a James Brown break, then bringing Jordan Knight and Donny Wahlberg of New Kids On The Block on stage to kick some freestyle rhymes.  You can see video proof of this here.  In between, I got to see bands like Black Keys, Santigold, TV on the Radio, and Asher Roth perform on two different stages.  It was easily 90 degrees that day; fortunately the second stage is in an air-conditioned tent.

This year’s lineup once again has something for everyone:

Classic hip hop, rappers the kids are listening to, pop stars of the moment, retro/future soul, musical prodigies and DJs.  All brought to the city of brotherly love by one of Philly’s favorite sons.  As a bonus, Quest even throws in a few bands you’ve never heard of but your friends will be raving about a year from now.

If I were you, I’d take advantage of that.