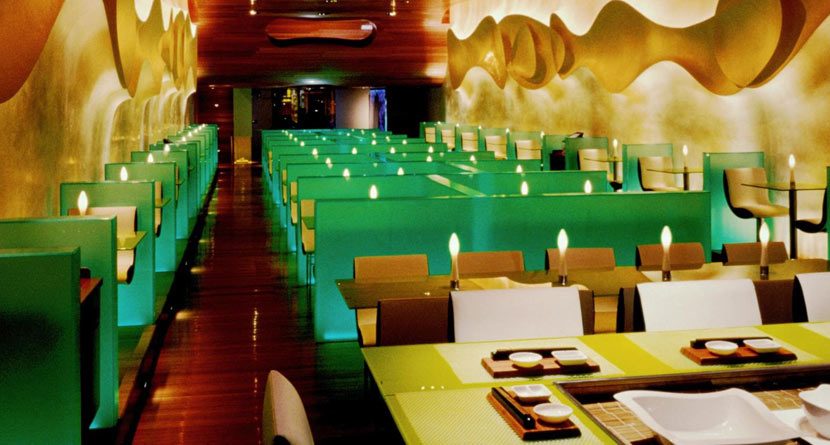 If you wanted to be on the show, and you wanted to win, you probably picked Hiroyuki Sakai to duel. He was an amazing chef, but you felt like he was a little too focused, too fastidious to do something so crazy, you couldn’t overcome the creativity.

But if you wanted to pick a fight with the guy you probably weren’t going to beat, because he was just too passionate, too creative, too prone to coming up with something you’d swear he’d perfected long before you walked in the door, and you just wanted to go down swinging, well, that guy was Masaharu Morimoto. He was The Legend. A large man, a large presence, Brobdignagian panache.

Fast forward a few years, to 2001, and this former Nobu main man is opening a restaurant. Everyone who knows and loves the show can’t wait, and you have to figure it’s going to be in NYC.

Big splash. It’s a bold idea. It’s such a bold idea, it gets its own documentary about its launch, and we get to see everything, from the fretting over whether Philadelphia is ready for his bold menu, to whether the statue for the lobby will make it in time.

Here’s our advice: When you get there, just pretend there is no menu. Because this place is a reason to love Philadelphia, its diverse population and culture, its boldness. And if you eat here, at Morimoto, you want to let it devour you, too. Forget the menu, because you’re going to get the omakase, the “chef’s menu,” where they bring you whatever they think is good that night. They’ll ask how much you want to spend, and you’ll give them a generous number. You might get skipjack sashimi. You might get the smoothest, most velvety, thinnest slice of Kobe beef you’ve ever seen, and even if you don’t eat red meat, you’ll eat that. You might get lobster in a creamy sauce.

You’ll eat so well, you will vow to return.