9 Guys Who Can Win An Olympic Gold Medal 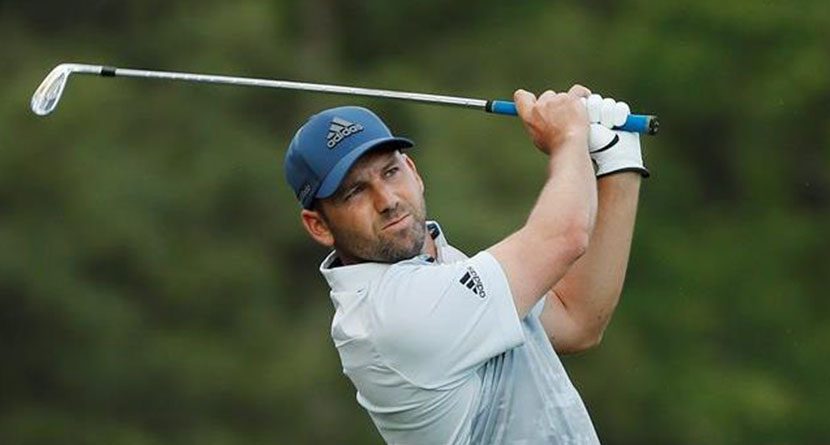 Golf makes its triumphant return to the Olympics tomorrow for the first time in 112 years. While participation has wavered in terms of overall quality, a decent number of top players have made their way to Rio to tee it up on Gil Hanse’s unique Olympic Golf Course.

None of the top-4 players in the world will be in attendance, but still seven of the top 15 in the OWGR are vying for gold. The 60-man field may be a little top heavy, but here are the nine guys we’ve pegged as the most likely to claim the first gold medal in golf since 1904.

Probably not the Spaniard you were expecting to see on this list (just wait), but Cabrera Bello has quietly put together one of the best seasons in the world. He’s seventh on the European Tour in greens in regulation, eighth in scoring and he made the cut in all three majors this year.

The subject of a stressful luggage recovery mission, Grillo is the lone South American on this list. Only 23 years old, Grillo already has won on the PGA Tour, has finished inside the top-15 five times since June and will be right at home on the Gil Hanse design.

While his female counterparts will be favored to stand atop the medal stand next week, An is no stranger to the Olympic Games and you shouldn’t underestimate the importance that holds for the 24 year old.

Few fought harder for golf to be included in the Olympics than the three-time major winner and the course and conditions suit Harrington well. Despite his constant tinkering, Harrington is enjoying a successful 2016 that includes a T13 at the PGA Championship two weeks ago.

Probably the American with the most want-to on the roster and perhaps the guy in stars and stripes rounding into the best form. Comes to Rio off of two straight top-13s in majors and a T11 last week in Connecticut.

A preeminent ball striker, Rose’s commitment to the Rio Games should not be overlooked, nor should his ability to play well in strong winds. A pair of T22s in both the Open and PGA show the game is there if  the putter shows up.

The German seems to show up every two years and either take home a major, be a killer in the Ryder Cup or both. With no major to his credit this season and the Ryder Cup still to be decided, Kaymer is trending in the right direction, which is good for him, but bad for America’s Ryder Cup and gold medal hopes.

Still the hottest golfer on the planet following his sensational win at the Open, Stenson contended at the PGA despite little to no rest or preparation and has been looking forward to Rio since mid-season. The consistency and crispness in which he strikes the ball should cut through the tough Brazilian winds.

Wouldn’t it just make sense for Sergio to win the gold medal? It will never be on the same level as a major, but it’ll be contested as such by some, which is so typical of the enigmatic Spaniard. Great form, great wind player and too perfect of a situation for Garcia not to claim gold.