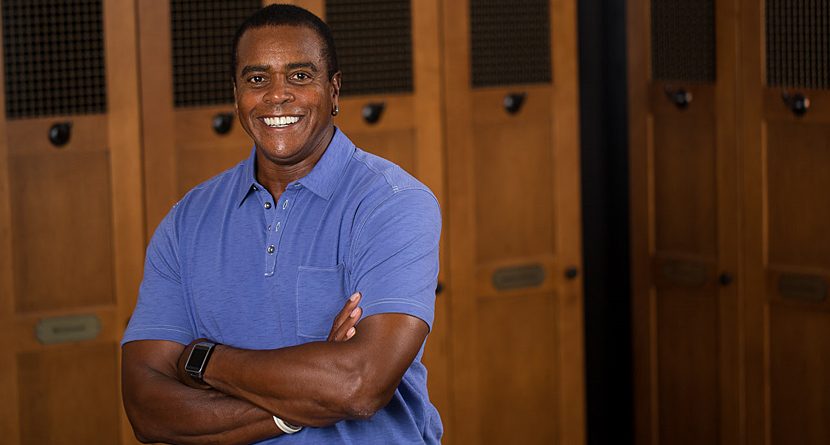 Ahmad Rashad is BACK9NETWORK’s Executive Producer and Host. He is an Emmy® Award-winning sportscaster and a former college All-American and All-Pro football star who was enshrined in the College Football Hall of Fame in 2007. He was host, executive producer and managing editor of the Emmy-nominated show NBA Inside Stuff for 16 seasons.  He has also been part of the ESPN/ABC NBA team, providing lifestyle features and essays. Rashad was co-host for ABC Sports’ NBA halftime show and the network’s Finals pregame show in 2004 and 2005.

Prior to his current duties, Rashad worked with NBC Sports.  In 20 years with NBC, he was one of the network’s most visible and versatile sportscasters.  He joined the network as an NFL commentator and host for NBC’s Sports World in 1983.  He soon extended his duties to include studio hosting, feature reporting, analysis and commentary for a variety of sports and events.

In 1991, Rashad served as host of Notre Dame Saturday and anchored NBC Sports Update.  He also lent his talents as a commentator for various SportsWorld telecasts. In 1994, he was named the studio pregame host of the NFL on NBC, including Super Bowl coverage. Rashad continued his hosting duties through the 1997-98 season and Super Bowl XXXII.  In 2001 and 2002 he served as the studio host for the NBA on NBC’s pregame and halftime shows. From the beginning of NBC’s coverage of the NBA in 1990, Rashad was a key contributor for the network as a courtside reporter, including work throughout the regular season, the All-Star Game, playoffs and Finals.

Rashad served as a studio host for NBC’s coverage of three Olympic Games: 1988 in Seoul, 1992 in Barcelona and 1996 in Atlanta, as well as the World Championships of Track and Field.  His work in Seoul documenting the Olympic experience earned him the most prestigious honor in the TV industry, an Emmy® award, in the category of writing.

Rashad has worked tirelessly on behalf of causes to benefit the community, devoting his time and energy to many charitable endeavors.  Rashad was recognized for his efforts with the Minnesota Vikings NFL Man of the Year Award, and has been the recipient of numerous other prestigious honors, including the Whitney Young Award, the Eddie Robinson Award for Lifetime Achievement, and the Award of Courage, bestowed by the Memorial Sloan Kettering Cancer Center.  In 2009, Rashad was named the Man of the Year by the New York Athletic Club.  He donated his $10,000 prize for winning the award to the Boys & Girls Club of Hartford Ahmad Rashad Passport to Manhood Program.