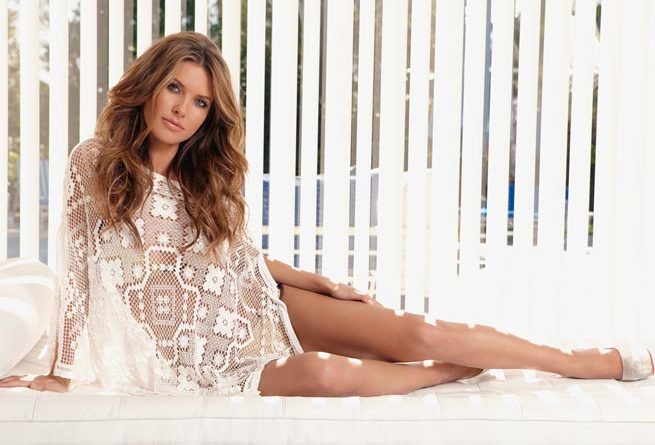 To address the decline in active engagement among women in the sport, Patridge will host original programming designed to draw a female demographic into the golf lifestyle.  The programming will focus on the character-driven aspects of the game, including the beautiful locales, the fashion, and the social facets of the game that invite women into the lifestyle.

“As we continue to bring all people into the golf lifestyle, we are increasingly looking to the female population for growth,” said James L. Bosworth, CEO of Back9Network.  “Women are important to the industry because they are the world’s most powerful consumers and their participation will be massively impactful to growing the game.  Audrina’s passion for travel and the lifestyle of golf along with the large following she brings with her will give Back9 more credibility in reaching those that have been left out or ignored by the game.”

“After meeting Jamie and the Back9 team, I was drawn to their passion and excitement for drawing more people into the golf lifestyle,” said Patridge.  “The network’s programming strategy really hit home with me, and I am excited to help the team and promote the network in any way that I can.”

About Back9Network: Back9Network, based in Hartford, Connecticut, is a lifestyle multiplatform television network and media company.  Back9Network was developed as a complementary alternative to traditional media’s focus on professional golf tournament coverage.  Focused on compelling storytelling, interesting personalities, features and fashions, interviews and instruction, travel, gear and much more, fans of all kinds will want to hang with the Back9Network.  golf.swingbyswing.com, the online clubhouse for Back9Network, delivers a fresh perspective on the golf lifestyle and its worldwide influence.  Back9Network’s leadership includes respected and outspoken executives from the golf and media industries.  Back9Network recently moved into its new Corporate Headquarters and TV/Video Production Studio in Hartford, joining ESPN, NBC Sports and YES Network in Connecticut.  For further information, visit golf.swingbyswing.com.