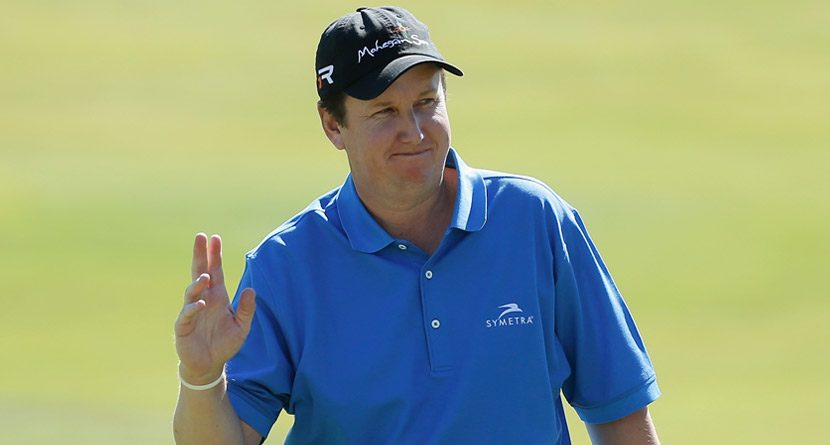 Born and raised in Fairfield, CT, JJ Henry was exposed to a high level of golf at a young age from his father Ron. Proficient in many sports as a child, Henry began playing basketball and eventually lacrosse and soccer, along with following in his father’s footsteps in golf. He was honored with the 998 CSWA Bill Lee Award given to the state’s Male Athlete of the Year by the Connecticut Sportswriters Association.

Recruited to play golf for Texas Christian University in Fort Worth, Texas, he became the first TCU golfer in history to earn All-American honors in three consecutive seasons. Henry also became the first to be selected as the Golfweek/Taylor Made Co-College Player of the Year and also garnered Western Athletic Conference Golfer of the Year honors after capturing the Conference Championship title in 1998. Henry has since received the 1998 Frog o’ Fame award and was inducted into the 2009 Class to the TCU Hall of Fame.

JJ Henry is one of only three (3) American PGA Tour players to keep full status since earning membership back in 2001. JJ’s consistent performance and personality make him one of the most captivating players on the PGA Tour today. In his thirteen consecutive years on Tour, Henry won his first PGA Tour victory at the 2006 Buick Championship in Hartford, CT, calling it his “hometown win” of an event he used to attend as a child; his second came at the 2012 Reno-Tahoe Open. Other career highlights include Henry being chosen as part of the 2006 U.S. Ryder Cup and World Cup teams, representing his country on a global platform. Another career highlight was his recent round of 60, a course-record, at TPC Summerlin at the 2013 Shriners Hospital for Children Open.

In addition to his superb performance on the course, JJ’s accomplishments off the course are unmatched. Over the past 7 years through his Henry House Foundation, JJ has raised over $1,000,000 for local charities. His mission to support the healthcare and well-being of kids through tangible projects has touched the lives of many families in the Southern Connecticut and North Texas areas. JJ and his wife Lee met at TCU as undergrads and have been married twelve years and have two sons, Connor (9) and Carson (5). They make their home in Fort Worth, Texas but enjoy coming back to visit dear family and friends in Connecticut.

For complete results and stats for J.J. Henry, click here.

What is your favorite food? Steak and potatoes

What is your favorite movie and golf movie? Hoosiers and Caddy Shack

What is your favorite travel spot? Home – we travel enough as golf professionals!

Who would be in your dream foursome? Byron Nelson, Ben Hogan and my Dad