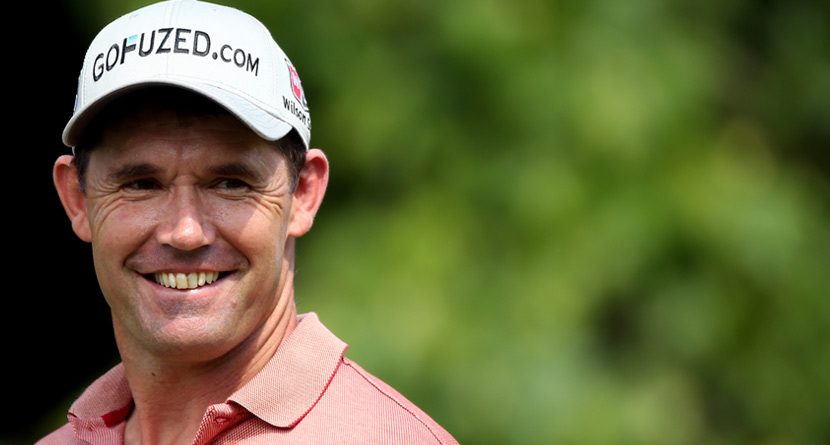 As a three-time major champion, Padraig Harrington’s playing record speaks for itself. Having won the 2007 British Open Championship at Carnoustie in a dramatic play-off, Padraig became the first European since 1906 to defend his British Open title a year later at Royal Birkdale.

A month later he won the 2008 PGA Championship at Oakland Hills, becoming the first European to win back-to-back major championships.  The three major wins in the space of 13 months helped him reach a career high of third in the World Rankings and earned him the European Tour, PGA Tour and PGA of America Player of the Year awards.

In addition to his three major wins, Padraig has won the European Tour Order of Merit title, was the first Irish winner of the Irish Open for 25 years and has a total of 21 other individual professional victories to his name around the world. As a team player, Padraig represented Ireland in both the Dunhill Cup and World Cup events numerous times, winning the latter on U.S. soil in 1997. As an amateur he was a member of the Great Britain and Ireland Walker Cup team on three occasions and as a professional he has been a member of the European Ryder Cup team six times, to date, including four victories.

For complete results and stats for Padraig Harrington, click here.

What is your favorite food? Teppanyaki, Cadbury’s Dairy Milk and ice cream from my self service ice cream machine – my last birthday present from Caroline and the boys.

What is your favorite movie and golf movie? Pulp Fiction and Happy Gilmour.

What is your favorite travel spot? Sandy Lane, Barbados

What is your favorite car? My DB7 GTA Aston Martin.

What is your favorite thing to do off the golf course? Spend time with my family.

Who would be in your dream foursome? Jack Nicklaus, Ben Hogan, Sam Snead.