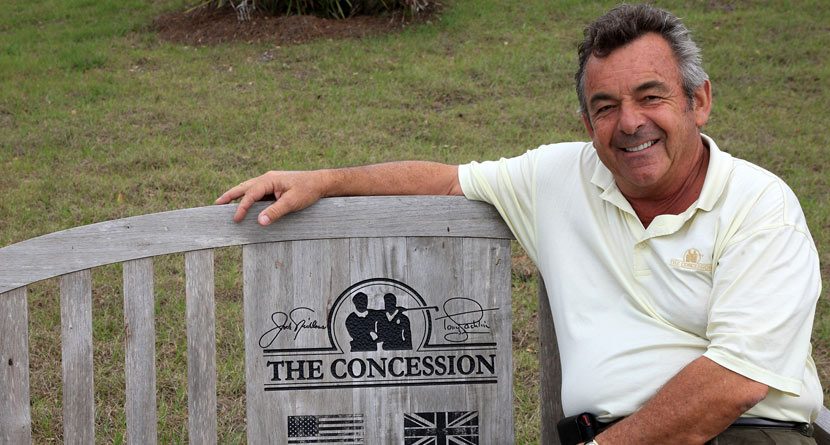 Arguably the powerhouse behind European Golf, Tony Jacklin CBE was responsible for engineering the greatest sporting revolution of the 20th century. At just 25 years old, the Lincolnshire-born golfer broke new ground winning the British Open in 1969 at Royal Lytham St. Annes, shortly followed by a landmark U.S. Open victory at Hazeltine in 1970. A new sporting icon for the golden age of golf had arrived, cementing his place in the sport’s history.

Jacklin continued his momentous run of form by playing a crucial part in Great Britain and Ireland’s campaign at the 1970 Ryder Cup and the ‘Concession’ between Jacklin and Jack Nicklaus. Later that year, he achieved a record victory at the U.S. Open where he became the first British man to win the title in nearly five decades. In an event traditionally dominated by U.S. golfers, Jacklin won the title by the widest margin of any competitor in 50 years.

Tony Jacklin inspired a generation of golfers including Sir Nick Faldo, Sandy Lyle MBE, Seve Ballesteros, Bernard Langer and Ian Woosnam OBE to present day stars: Rory McIlroy, Lee Westwood and Justin Rose. His incredible career has seen him become a hugely popular celebrity figure and he is credited with carving out a new era of golfing success in Britain and the rest of Europe. His dedication and passion for the sport played a huge part in the establishment of the European Tour and it continues to be the premier circuit for top European golfers, developing talent and forging a strong legacy in the process.

From 1983-1989, Jacklin captained the European Ryder Cup team four times. During this period, he became the most successful Ryder Cup captain in history, guiding the European team to their first victory on home soil in 28 years in 1985 and their first ever victory in the U.S. in 1987.

Today, Jacklin continues to inspire young golfers with his professionalism and enthusiasm for the sport. He makes countless appearances across global media, designs some of the world’s very best courses, visits and hosts a number of annual competitions.

The son of a lorry driver in Scunthorpe, Jacklin overcame the elitist nature that golf was in the 60’s. Having an incredible number of knock backs in his life, Tony has fought many hurdles throughout the years to succeed in whatever he does, making his life story truly inspirational and motivating.

What is your favorite food? Chinese

What is your favorite movie and golf movie? Quiet Man and Follow the Sun

What is your favorite travel spot? The Caribbean

What is your favorite car? Bentley

What is your favorite thing to do off the golf course? Marquetry