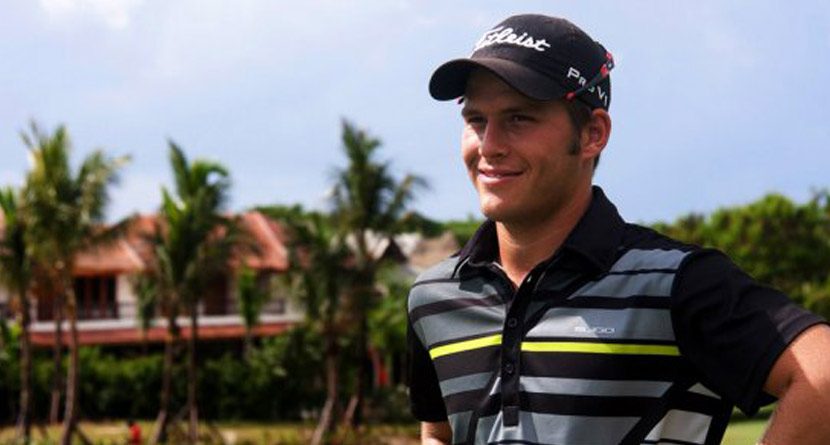 Willy Pumarol is a talented young golfer from the Dominican Republic. Pumarol put together an impressive amateur career both in the junior golf ranks and in NCAA Division II competition at Barry University, setting records and turning heads at both levels. As a junior, Pumarol collected more than 50 titles and was a five-time champion of the Dominican Republic National Junior Championship. During this time, he was also counted among the top-50 junior players in the state of Florida.

In college, Pumarol continued to play top level golf,  amassing 10 wins in Sunshine State Conference competition during his career. He also added 17 other top-5 finishes to go along with the 10 victories. Just like in his Junior days, Pumarol set milestones for Dominican golfers, finishing his career at Berry with the best record of any golfer hailing from the Dominican Republic. On top of his accomplishments on the course, Pumarol also graduated with a degree in international business, received the Ryder Benjamin Scholarship and was named an All-American scholar by Cleveland Golf/Srixon.

Pumarol began his professional career in 2011 when he played in the Toyota Peru Open and has since started in events across a number of professional tours including the Tour las Americas, NGA Hooters Tour and the PGA Latino America; He is actively trying to attain his PGA Tour card.

For complete results and stats for Willy Pumarol, click here.

– Had a storied junior career that included more than 50 victories.

– Made his professional debut at the Toyota Peru Open, May 2011.

– Has been a member of the Dominican National team 17 times.

What is your favorite food?  Mexican food

What is your favorite movie and golf movie? Wedding Crashers and The Legend of Bagger Vance

What is your favorite travel spot? Casa De Campo

What is your favorite car? Tesla

What is your favorite thing to do off the golf course? Watching movies.

Who would be in your dream foursome? Tiger Woods, Jack Nicklaus, my dad