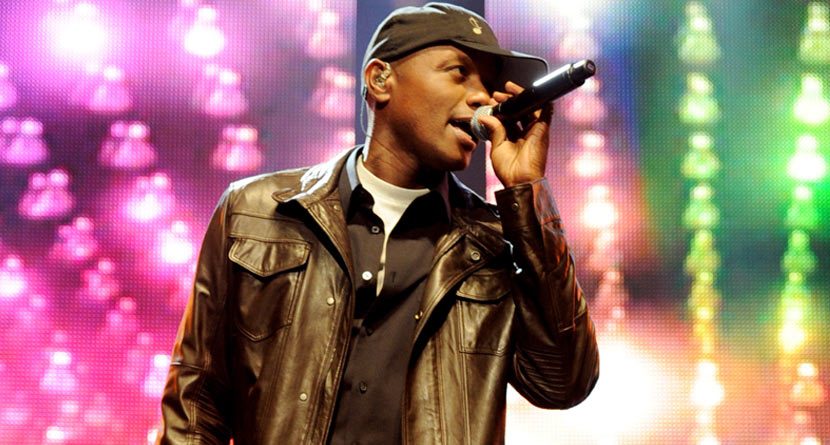 Javier Colon has a lot of heart.

In fact, that heart is precisely why he captivated America as winner of the inaugural season of NBC’s hit television show, ‘The Voice.’ It’s why he never gave up on his dream of a career in music even in the face of numerous setbacks and what seemed like endless adversity. It’s why every time he writes a song, it strikes a chord. It’s also why when the world hears his forthcoming 2011 debut album, Come Through For You, on Universal Republic Records, they will feel it.

Colon is no stranger to the music business. After touring with The Derek Trucks Band for two years, he released two major label albums via Capital Records. “Javier” in 2003 and “Left of Center” in 2006. Both releases illustrated a daring creativity that expanded beyond the confines of pop music, while still retaining an undeniable sense of melody. He already began to stand out as he carved the foundation for his self-dubbed, “acoustic soul” style.

Colon eventually split with Capitol and released “The Truth” Acoustic EP on his own label, Javier Colon Music, in 2010. After a decade, he’d already experienced the road, dealt with the struggles of trying to excel on a competitive and crowded major label roster, and faced the challenges of promoting his music independently. In a sense, he’d seen it all and could’ve thrown in the towel. He wasn’t going to stop though.

Notified of the chance to audition for ‘The Voice’ in early 2011, Colon took the opportunity. He’d been fighting for another record deal for five years to no avail and wasn’t sure about what the next step would be. Almost canceling the audition due to other show commitments, he decided to go anyway.

“I’m glad I went because ‘The Voice’ was the best thing that’s happened up to this point in my career,” smiles Colon. “I really try to put everything I am into my songs and performances. I never expect anything, and winning was a shock. I was one-hundred percent happy that I’d simply gotten to the final four contestants. When Carson Daly announced I was the winner, I was elated and I couldn’t believe it. I’m very thankful.”

Colon’s humility is just as spellbinding as his voice is. Both of those elements charmed America and consequentially led to his victory on the show including a recording contract with Universal Republic Records. Whether he was performing “Landslide” with Stevie Nicks, or his fan favorite acoustic rendition of Cyndi Lauper’s “Time After Time,” the performer captured the hearts of millions.

Original song and debut single “Stitch By Stitch” not only clenched the top prize on The Voice for Colon, but it also became something of a phenomenon. During the first week of its digital release, the song exceeded sales of 145,000 and peaked at #17 on the Billboard Hot 100 chart. Colon even performed “Stitch By Stitch” on the ‘Tonight Show With Jay Leno.’ With its lilting acoustic guitar and Colon’s palpable, powerful delivery, it’s an honest and heartfelt ballad.

“Stitch By Stitch” is only one thread of Colon’s debut. He began writing songs for the record in July 2011, and he dove deep inside himself. The next single, “As Long As We Got Love” featuring Natasha Bedingfield, sees Colon expanding even further as a songwriter. On this irresistible duet, the singers’ voices intertwine in a hypnotic harmony that’s simply unforgettable.

Colon’s been up for it since he first discovered music as a kid growing up in Connecticut. His father was a DJ at a local radio station, so there was always music playing at home. “From an early age, I’d start mimicking the singers I’d hear on the radio,” he recalls. “With encouragement from my mom and a few teachers, I started performing at school. After that, I wanted to be all over anything that had to do with music.”

In addition, Colon writes his own music, constantly keeping himself open to inspiration. A family man, he keeps his wife and daughters close to his heart at all times often writing about them. He continues, “I connect emotionally to the songs I write, especially if they have anything to do with my wife or my little girls. As a result, music can happen at any time. I’ve had instances where I’ll wake up in the middle of the night with two full verses of lyrics that I hardly even have to think about. I hope people connect to that.

“When they get a chance to hear Come Through For You, they’ll undoubtedly connect.” Colon isn’t simply following anyone else’s path either; he’s making his own way. “My influences range from James Taylor to James Brown,” Colon adds. “I approach pop from a singer-songwriter’s perspective, and I try to infuse soul into that style.
“With a fresh take on pop, soul, and acoustic music, Javier’s journey starts with the release of Come Through For You. He concludes, “I hope the album takes people on my journey through all of the trials and tribulations we’ve made it through together. It’s definitely important that the songs move people.”

What made you decide to join Back9Network?

I decided to join Back9 for several reasons. First, I absolutely love golf, (though it usually doesn’t love me back.) I’ve been playing the game for 13 years and can never get enough.

Second, The Back9Network is about inclusion. It represents ALL of us who love the game, not just the elite. The game itself does not discriminate. We all get good and bad breaks on the golf course regardless of where we come from or how much money we make.

Third, Back9 is run by great people. People who I’ve known for a long time. People I trust. These guys are really smart and I’ve personally seen them accomplish everything they set their minds to. I learn from them every day and am lucky to know them. I have no doubt that Back9 will be very successful and I’m honored to be a part of it.