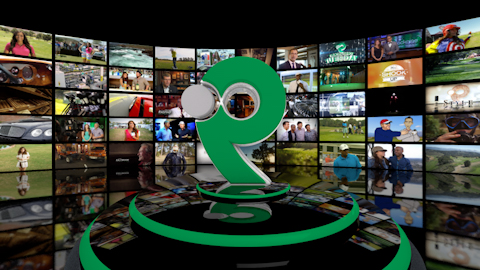 “The Carl’s Golfland team of professional club fitters and product experts are as good as it gets in the business of retail golf,” said James L. Bosworth Jr., Chairman and CEO of Back9Network.  “When we thought about how to bolster Back9Network’s coverage of golf gear, we naturally turned to Carl’s Golfland to capture their insights into today’s hottest new products.”

Carl’s Golfland has been honored for the 28th consecutive time as one of golf’s best retailers. Earning honors from Golf World’s Top 100 Golf Shops and the AGM Platinum awards. Carl’s is the only off-course golf store to be named to the “best” list every year since the inception of the awards.

“We are an authentic golf company. We’re all golfers and have built this company for enthusiasts like us,” says Carl Rose, owner of Carl’s Golfland. “Our staff’s expertise and focus lies exclusively in golf unlike some of our competitors who elect to serve multiple sports.” Rose added, “Our partnership with the Back9Network is another opportunity for us to do what we do best: sharing our expertise with a network and fan base dedicated to the game we all love.”

About Carl’s Golfland: Founded in 1958 with a 750 square foot building and a small driving range, Carl’s Golfland has grown to become the only off-course golf shop named to GolfWorld Magazine’s 100 Best Golf Shops every year since the award was first handed out in 1985. Carl’s offers the Midwest’s largest selection of in-stock golf equipment and apparel from the best names in golf at the guaranteed lowest prices both in their stores and online. Both of Carl’s Michigan locations have been named to the Golf Digest Top 100 Club Fitters in America and the AGM Platinum Awards honoring the best of the best in golf retail. Find more information at http://www.carlsgolfland.com or call 877-412-2757.

About Back9Network: Back9Network, based in Hartford, CT, is a lifestyle multiplatform television network and media company.  Back9Network was developed as a complementary alternative to traditional media’s focus on professional golf tournament coverage.  Focused on compelling storytelling, interesting personalities, features and fashions, interviews and instruction, travel, gear and much more, fans of all kinds will want to hang with the Back9Network.  golf.swingbyswing.com, its online clubhouse, delivers a fresh perspective on the golf lifestyle and its worldwide influence.  Back9Network’s leadership includes respected and outspoken executives from the golf and media industries.  Back9Network recently moved into its new corporate Headquarters and TV/Video Production Studio in Hartford, joining ESPN, NBC Sports and YES Network in Connecticut.  For further information, visit golf.swingbyswing.com.