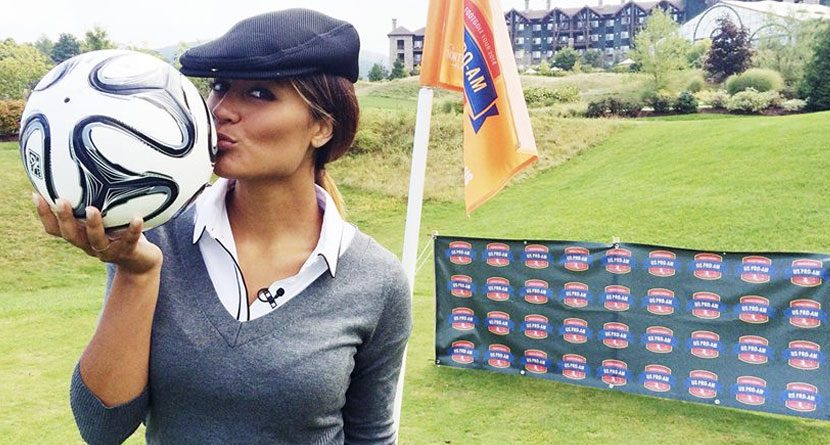 Alexis Morgan holds four degrees from Penn State University and Columbia University, concentrating in broadcast journalism. Morgan has been seen on the Big Ten Network as a sideline reporter on the football fields and basketball courts of Penn State.

Morgan joins Back9Network as a lifestyle correspondent, and will offer audiences a personalized take on all things golf lifestyle. She is excited to use this role as an opportunity to explore where golf meets pop culture.

Favorite food: Pretty much anything vegetarian!

What’s in your bag other than your clubs: Chapstick, portable speakers and The New York Times.

Favorite golf moment: Tiger Woods’ chip on the 16th hole at the 2005 Masters.

The one thing you can’t live without: My iPhone, of course.

If you had a tagline, it would be: Be one in a million, not one of a million.

Favorite Back9Network moment: When the entire production crew and myself had literal tears because we were laughing so hard. The interviewee couldn’t get through the interview without cracking up. It was the end of the day and we were all so tired. It was so funny! We couldn’t breathe!

Favorite part of working as a lifestyle correspondent: The team! They’re an amazing group of people to work with.

Fun fact people would never have guessed: My living space has to always be perfectly in order. I make my bed every day and can’t leave my apartment until I do. I think I’m borderline OCD.

Never have I ever: Had a brain freeze.