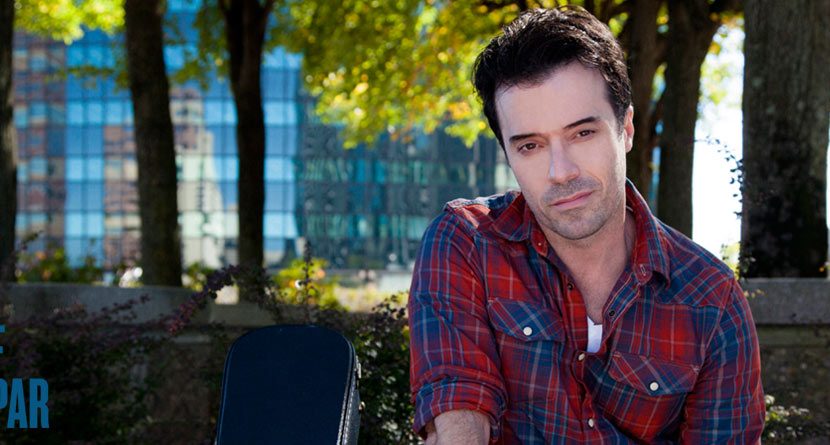 Universo Pereira spent much of his childhood in Brooklyn, N.Y., where he discovered his passion for music and entertainment. Pereira co-founded the Nashville-based rock band Red Carpet Rats, serving as its frontman, rhythm guitarist and lyricist. In addition, Pereira owns Chauffeur Entertainment, an entertainment company housing both a record label and publishing division. Pereira has placed songs in film and television soundtracks, and licensed his latest album to Bunim/Murray Productions for its programs on networks including E! Entertainment and Oxygen.

Pereira has worked in commercial print, television, and radio for companies like Verizon Wireless, and also has experience in theater, most notably as rock star Stacee Jaxx in the National Broadway Tour of the hit musical “Rock of Ages.”

A well-versed entertainment industry professional, he joins Back9Network as musical director as well as network co-host on all of our studio shows — “The Turn,” “Off Par” and “The Clubhouse” — providing fun lifestyle content and a unique perspective on golf.

What’s in your bag other than your clubs: “Golf for Dummies.”

Favorite song: Just about anything off of Queen’s greatest hits.

The one thing you can’t live without: My dog.

If you had a tagline, it would be: Moderation is for cowards.

Favorite Back9Network moment: Interviewing with company bigwigs and being asked to sing.

Favorite part of working on our studio shows: The creative process with the team.

Fun fact people would never have guessed: I once met Slash and he called me “Reversal.”

Never have I ever: Seen a bullfight.