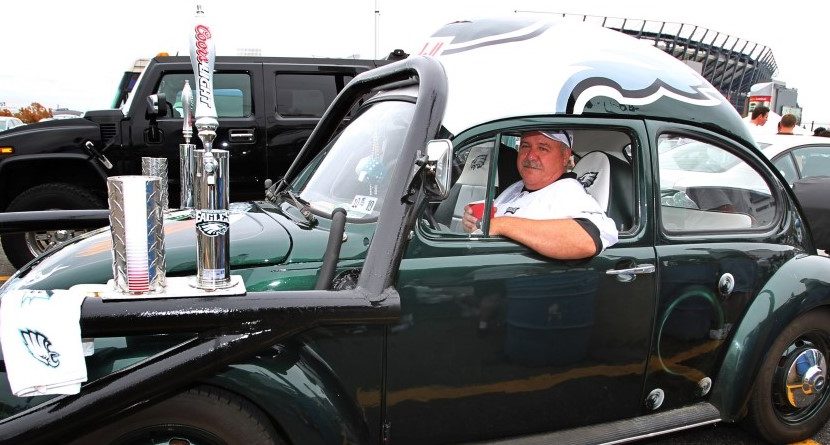 Go ahead. Try to find a more passionate NFL fan base than the one that supports the Philadelphia Eagles. Good luck.

Eagles backers are as ardent as they come. They’re quick to cheer, and maybe even quicker to boo. A victory gives them unbridled joy. A defeat leaves them despondent.

But long before the outcome of a game is decided, Eagles fans’ passion spills out onto the pavement surrounding Lincoln Financial Field, or as the locals call it, “The Linc.” Eagles’ tailgating is consistently among the NFL’s best, no matter which of the many lists you consult.

Kickoff is typically at 1 p.m. local time, which means fans begin arriving at 8 a.m., when most parking lots open. Within the hour, the grills are fired up and the Miller Lite is flowing. Of course, being Philadelphia, the Philly cheesesteak is the food of choice. You can’t go 100 yards without someone cooking up their own meat, and everyone believes their recipe is tops. Eagles fans are also fond of grilled Italian sausages, Polish kielbasa, and meatball subs, all served with a side of soft pretzels.

Those are just the classics, though, because as you can see here, the all-star tailgaters boast some original home-style cooking.

As kickoff draws nearer, and the beer cooler empties out, take a stroll around the stadium to join in on the hootin’ and hollerin’. If they’re not spewing venom at opposing fans, the Philly fanatics are likely chanting, “E-A-G-L-E-S, EAGLES!!!” That’s the conclusion of the team’s fight song, which can also be heard sprouting up from various parties:

Fly Eagles Fly, On The Road To Victory.

As you cruise the parking lots, you’ll notice the abundance of characters in Eagles jerseys. We suggest you seek out these two, a couple of our favorites:

– The man with two kegs and accompanying beer taps on the front of his Eagles-themed Volkswagen Beetle (pictured above).