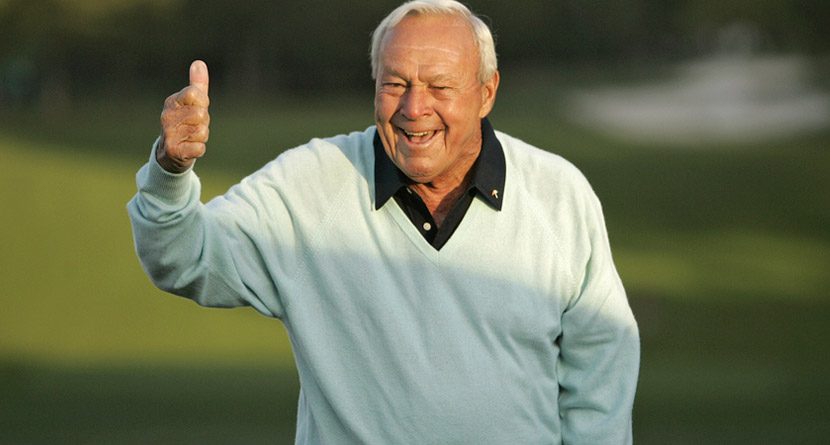 We’re three years away from the next Presidential election, but the speculation has already started about who might be the next to take control of the Oval Office.

Could it Hillary Clinton’s time? Would Joe Biden hold the office without an off-the-cuff remark that embarrasses America?

What about a soon-to-be-thinner Governor Chris Christie? Would Marco Rubio be too parched to articulate his vision for America?

Well, if golf had its way, the Oval Office would be a circle and a flatstick-wielding champion would run this country.

So we thought it might be a good idea to lay out a few Back9Network-backed tickets for the next election. We know. Tiger and Phil were a disaster at the 2004 Ryder Cup when teamed up by captain Hal Sutton. But just because they couldn’t play alternate shot together doesn’t mean they couldn’t get it done for America.

Tiger is a strong man of few words who says just enough to answer a question and keep the public wanting more. It’s a very political skill. And everyone loves a winner, especially one with very public flaws. Just ask Bill Clinton.

Meanwhile, Phil could be a great veep. He’s seen as very populist. With all of the hat tips and thumbs ups he gives, he’s practically already on the campaign trail. Here’s a ticket for the older set, the Baby Boomer generation. Fred Couples is by far the coolest guy in golf, who handles pressure-packed situations like he handles drinking lemonade.

Every once in a while, Boom Boom knows how to let loose a few tears, like when he wrapped his induction speech at the World Golf Hall of Fame.

Women want him, and men want to be him.

The only man that could further enhance the ticket would be Arnold Palmer. At 83, Mr. Palmer is a little too old to hold the Presidency by most American standards, but being second-in-command would be like a lifetime achievement award for the Pennsylvania native.

Besides, the man from Latrobe, Pa., could help anchor (get it? Fred anchors the putter) Couples in a swing state like Pennsylvania. With Arnie’s Army still flush with fans, the King could give the edge to Couples over any challenger.