#Back9Philly: How Would Philly Amend Golf? 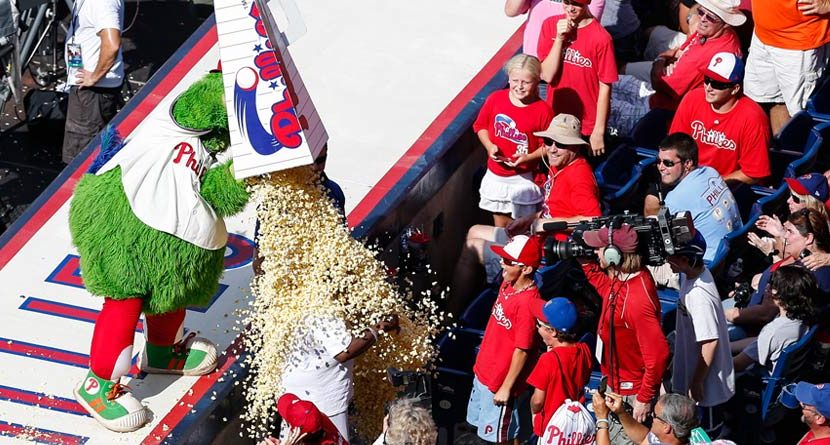 The Rules of Golf can be confusing. There are just so many of them, and the decisions made interpretting them can often read like a Supreme Court brief.

Keeping with the civics theme, what if Philadelphia golf fans had their say in making the law of the game? What would they do differently?

We have some ideas.

1. There’d be a jail in every clubhouse. — Old Veterans Stadium infamously had a holding cell in the bottom of the stadium to contain the rowdy Philly fans that outstayed their welcome above ground at an Eagles or Phillies game. There will probably be plenty of those this week at Merion, and they need a place to be held.

2. Only Cheese Whiz would come on sandwiches. — Pimento cheese sandwiches? Please, Augusta. Philly would have none of it on their famous cheesesteaks which, so often, have a spread of the gooey cheesiness on them. In fact, the halfway house menu would be much smaller: just cheesesteaks.

3. Eliminate the flag. — There will not be a single flag on a stick in any of the 18 holes at Merion this week. The Ardmore club uses wicker baskets atop the flagstick, and the USGA obliges the club in not replacing them for the week. Why not put anything on top of the stick? You can gauge the wind with the trees.

4. Quiet please? Please. — Philly fans can talk with the best of them. Maybe better than the rest of them. So being quiet while playing or watching golf has to be awfully difficult for those from the city of Brotherly Love. Their perfect idea of a first-tee scene would be when Adam Sandler’s title character winds up the crowd in “Happy Gilmore.”

5. Join the club. — Philadelphia, and, really, most of Pennsylvania, has a lot of private clubs. Many were formed for no other reason than to avoid the state’s Blue laws, which prohibited liquor sales on Sunday except in private clubs. It’s not surprising, then, to meet a person who is an Elk, Apollo, Knight of Columbus and some other organization. It’s because the beer is cheap there. So, members of those clubs would get “benefits” when they play golf, too. Membership has its privileges.