Back9Rewind: A Look Back at Our Best Stories of 2013 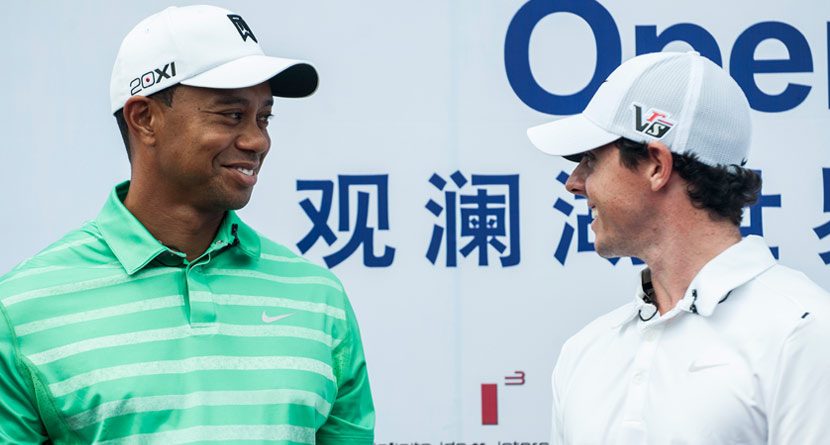 The year 2013 brought us numerous first-time major winners: Adam Scott at the Masters, Justin Rose and the U.S. Open, Jason Dufner with the PGA Championship. Phil Mickelson won a major too, Tiger Woods was the best player in the world, and Rory McIlroy was far from it.

But were those the biggest stories in golf this year? To a degree, yes. However, what players do on the course isn’t always the biggest news.

Let’s take a look back, then, and revisit the best stories of 2013 on golf.swingbyswing.com:

Baba Booey Brings Howard Stern Into Golf World
Shouts from fans immediately following a player hitting his ball has been common for years. But this summer there seemed to be an increase in use of the phrase, “Baba Booey!”

– Who Is Baba Booey and Why Do Golf Fans Yell That Name?
– Howard Stern Is Good For Golf
– Jason Dufner Chats With Howard Stern
– Keegan Bradley on Howard Stern Wrap-Up Show

Tiger, Rory Mic’d Up for The Match

It’s not often that the world’s two most popular golfers agree to a one-on-one match. But Tiger Woods and Rory McIlroy agreed to a face-off for the second straight year in 2013, and agreed to wear microphones for the world to hear their in-match chatter.

Brandel Chamblee Implies Tiger is a Cheater
As years and seasons end, it’s popular for media outlets to hand out awards or grades. Brandel Chamblee, a columnist for Golf.com and analyst for the Golf Channel, dished out grades in an online column and one in particular raised a furor.

Jason Dufner Unintentionally Sets Off Internet Meme
Few people set out to start an internet craze. Surely that wasn’t on Jason Dufner’s mind when he visited a group of kids in April and someone snapped a photo of him slouching against a wall.

There’s a New Woods in Golf

Tiger Woods has been a part of hundreds of press conferences over the years. Reporters sometimes try to catch him off guard. One reporter succeeded at the U.S. Open — but it wasn’t because of the question; it was because of who asked the question.

Honoring Our Nation’s Veterans
There are countless ways to honor the valiant men and women who fight for our country’s freedom — even by golfing.

Crazy Golf Shots
Wouldn’t we all like to tee off from the world’s longest and highest par 3 in the world? Or hit the craziest shot ever? Well, at least there’s video of other people doing so.

– Extreme 19th: The World’s Toughest Par 3
– Inside Look at the Best Shot Ever