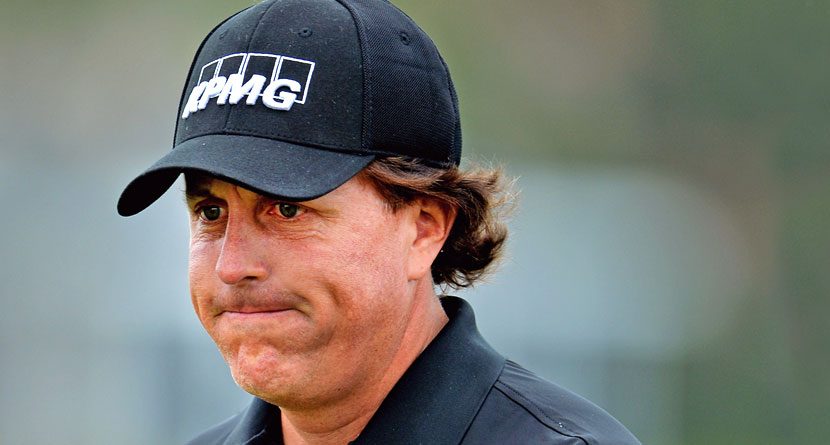 PGA Tour superstar Phil Mickelson is reportedly under investigation from the FBI and SEC for suspicion of insider trading, according to the New York Times.

Mickelson, along with high-rolling gambler William T. Walters and investor Carl C. Icahn, are being investigated by federal authorities for a series of “well-timed trades” in recent years. Icahn is specifically being questioned for possibly providing insider information about certain stocks in which Mickelson and Walters invested.

Icahn, 78, is a billionaire and a well known investor in many arenas. According to the report, the stock in question is a bid for Clorox in 2011, which Mickelson and Walters placed trades on three years ago.

Unbeknownst to many golf fans, Mickelson was actually approached by FBI agents in a New Jersey airport in 2013 and asked about the Clorox trade.

Whoa: Two FBI agents were waiting for Phil Mickelson in the clubhouse after his round at the Memorial today. Yikes. http://t.co/iqtyj9JFY2

Saturday morning, Mickelson released a statement on the investigation. “I have done absolutely nothing wrong. I have cooperated with the government in this investigation and will continue to do so. I wish I could fully discuss this matter, but under the current circumstances it’s just not possible.”

Stay tuned to the Back9Network for more information as it becomes available.