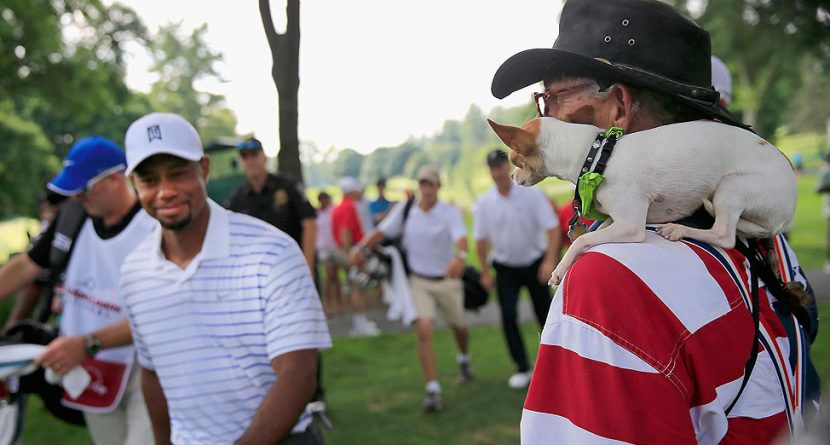 Some photos just demand a creative caption.  Check out this photo of Tiger Woods and his four-legged fan and submit your best PG-13 caption idea via Facebook or Twitter and you might see it featured here!

BETHESDA, MD – JUNE 25: Tiger Woods walks past a fan with a dog on his shoulder during a practice round for the Quicken Loans National at Congressional Country Club on June 25, 2014 in Bethesda, Maryland. (Photo by Rob Carr/Getty Images)

The best caption will receive a shiny, new Back9 hat.