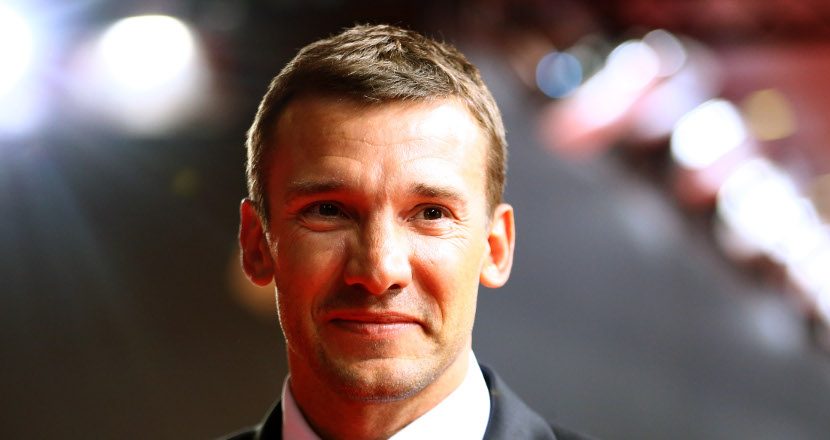 There is something about golf which appeals to retired sports stars from the old Soviet Union.

Former world tennis number one Yevgeny Kafelnikov has played on both the Challenge and European Tours, whilst Olympic gold medal-winning rhythmic gymnast Vera Shimanskaya has teed it up on the Ladies European Tour.

Neither have met with any sort of success however; in fact neither has come close to making a cut.

But that hasn’t stopped Ukrainian ex-soccer player Andriy Shevchenko, one of the game’s finest ever players, formerly of Milan and Chelsea, joining the ranks of C.C.C.P. golfing wannabes.

This week Shevchenko has been testing his game at the traditional curtain raiser for competitive golf in the United Kingdom – the Sunningdale Foursomes, an event which thrives on duality: it involves both men and women, both professionals and amateurs and is played on both the New and the Old courses at one of England’s finest venues.

Last September the Daily Mail reported that the 36-year-old Shevchenko has bold hopes of representing his nation at golf in the 2016 Olympics and to prove his mettle intended to compete in the World Amateur Team Championship. The general of the Ukrainian Golf Federation even said, “Andriy is good enough, he will go with our top amateur.” However he was not, in the end, part of the three man team which finished 70th in the field of 72 teams.

Which is not to say that Shevchenko is not serious about golf. His spell at Chelsea was mocked somewhat, coming towards the end of his career when his legs were a little spent, and it was often joked that he went directly from the training pitch to the golf courses of the wealthy Surrey suburbs.

A left-hander, he’s played in the BMW PGA Championship pro-am, and last June defeated a field of soccer legends in the European Footballers Classic, a few days after Ukraine, who he was captaining, was eliminated from soccer’s European Championships.

Back in 2007 he also starred in a television advertisement for his sponsor Reebok which inter-cut footage of him playing soccer and golf, with a voiceover in which he discussed his love of pressure and how coping with it separated the great players from the merely good.

Perhaps Shevchenko – who has also dallied with politics – views golf as a future release for that competitive energy, because without such an outlet many sportsmen and women struggle to cope in retirement.

But what will be the distinct challenges for a soccer player moving into golf? One man knows exactly – Ireland’s Stephen Grant, who began his professional sports career as a soccer player (he played for Sunderland in the English Premier League amongst others) and is now, aged 35, a professional golfer.

He played on the Challenge Tour in 2012, and when I spoke to him during the English Challenge at Stoke-by-Nayland Hotel, Golf and Spa, he was honest and insightful about the tough transition.

“I turned pro too soon,” he admitted. “I really didn’t have enough experience of the amateur game and so I’ve been on a steep learning curve ever since. When I look at the lads I’m up against, I’m always aware of how they’ve got more rounds on the course and more hours on the range under their belt.”

Grant took up golf at the age of 26 and is aware that he is playing catch-up with more than just the swing.

“Yeah, I’m still learning how to plot my way sensibly around the course. These guys have been that smart and that savvy for a lot longer than I have and it shows.”

When I first found Grant in a corner of the clubhouse, he was sitting quietly with his iPod. He looked like a man trying to find some calm. After being introduced, and then apologising for disturbing him, I mentioned I’d watched him for a few holes earlier in the day.

“Well you’ll know I was trying to find a bit of calm then too,” he laughed, acknowledging that his back nine struggles had turned a potentially good position into an ordinary one. “But, you know, that’s the really big difference between soccer and golf.

“If I was struggling with form or had a bad moment in soccer I could throw myself around the pitch for a bit. I could run off my frustrations or kick them away, you know? But you just can’t do that with golf, can you?! Getting angry is the wrong thing to do. It’s frustrating, but that’s why we love it.

“Another thing: in soccer if I was playing poorly, or the team was, the manager would scream and shout at us. It usually worked, but it’s not much good in golf! Getting the blood pumping is the exact opposite of what you want to do.

“The game can turn on such small margins. I’ve had a few weeks when I’ve been in contention and then quickly had one hole that has changed my situation from contending for a spot in the top ten to missing the cut. All that frustration and there is no physical release.”

Injury curtailed Grant’s 2012 season, and he is currently in Florida playing on the mini tours and training with Claude Harmon. Shevchenko meanwhile tasted victory with two wins in the Sunningdale Foursomes before he and his partner succumbed to a 6&4 defeat in the third round.

But in the unacknowledged battle of the sports it was a case of Soccer 1, Tennis 0 because ex-British number one tennis player Tim Henman was knocked out in the second round.