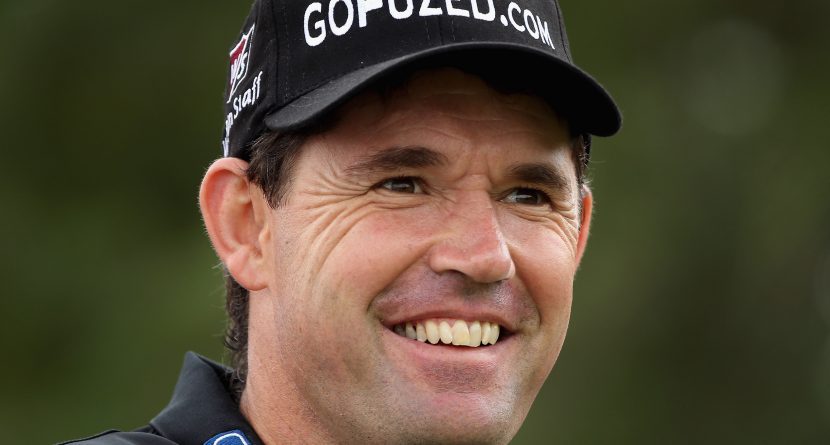 HARTFORD, Conn. — Back9Network, a new lifestyle television and media company, today revealed an expanding roster of Back9Network Player Ambassadors, led by three-time Major Champion , Padraig Harrington . In addition, Cheyenne Woods has joined the network as a special correspondent whose responsibilities will include comprehensive coverage of all four PGA TOUR major events — The Masters, US Open, The Open Championship and the PGA Championship.

Harrington and Woods join an all-star team of hosts, commentators, contributors and ambassadors who are eager to share Back9Network’s invitation to everyone to enjoy the golf lifestyle, whether they’re already part of the game or aspire to live the golf life. Joining Harrington on Back9Network’s roster of player ambassadors are PGA professionals Parker McLachlin , William McGirt , Johnny DelPrete , Willy Pumarol , Kyle Thompson and Berry Henson .

“Cheyenne Woods is going to be a star on the golf course and off of it, so we’re thrilled to have her lead our coverage of what happens on the course and behind-the-scenes at the majors,” said James L. (“Jamie”) Bosworth, founder and CEO, Back9Network. “We’re also very excited to add Padraig, Parker, William, Johnny, Willy, Kyle and Berry to the Back9Network team as our first player ambassadors. Their personalities, along with those of the entire cast of characters who comprise our team, show the diversity, influence, emotion and worldwide nature of golf that we aim to deliver in our storytelling and coverage.”

Woods will join the Back9Network coverage team for the 60th PGA Merchandise Show and 11th Annual PGA Merchandise Show Outdoor Demo Day and Indoor Demo Days, held this year from Jan. 23-26, 2013, at the Orange County Convention Center and Orange County National Golf Center in Orlando, Fla. Back9Network will be located at Booth #1153 on the show floor, flanked by Nike Golf, COBRA PUMA GOLF and Callaway Golf in the equipment hall.

The network will have four camera crews and a team of hosts, commentators and contributors scouring events and exhibits to cover all aspects of the year’s top golf industry event. Back9Network’s daily show coverage — available at the newly redesigned golf.swingbyswing.com — will feature interviews with the industry’s biggest stars and most interesting personalities and decision makers. Back9Network will also provide an insiders’ look at the hottest new equipment, gear, fashion and apparel coming from the best-known golf lifestyle brands in the world.

In addition to Woods, Back9Network’s on-air and online team at the PGA Merchandise Show will include:

The new golf.swingbyswing.com is an ad-supported online clubhouse open to everyone. Featuring free content with dynamic video storytelling, columns, coverage and commentary from more than 30 contributors worldwide, and a modern, clean, user-friendly design, the new golf.swingbyswing.com is optimized for viewing and browsing on any device (smartphone, tablet or desktop). golf.swingbyswing.com’s coverage is led by former NBC Sports and SB Nation commentator and blogger, Ryan Ballengee , Managing Editor, with contributions from established and up-and-coming golf and lifestyle writers, including: Jeff Shain (player profiles), Brian Mcallen (travel), Rick Young (business and equipment), Conor Nagle (in-depth features), and Jon Lord (pop culture) among others worldwide.

About Back9Network:
Back9Network, based in Hartford, Conn., is a new lifestyle television network and media company. Back9Network was developed as a complementary alternative to traditional media’s focus on professional golf tournament coverage. Focused on compelling storytelling, interesting personalities, features and fashions, interviews and instruction, travel, gear and so much more, fans of all kinds will want to hang with the Back9Network. golf.swingbyswing.com, the online clubhouse for Back9Network, delivers a fresh perspective on the golf lifestyle and its worldwide influence.
Back9Network’s Corporate Headquarters and TV/Video Production Studio are a central part of the rebirth of downtown Hartford. Back9Network joins ESPN, NBC Sports and YES Network in Connecticut, which is quickly becoming the sports media capital of the world. Back9Network’s leadership includes respected and outspoken executives from the golf and media industries. For further information, visit golf.swingbyswing.com.