He’s Back! Tiger On The Prowl At Doral 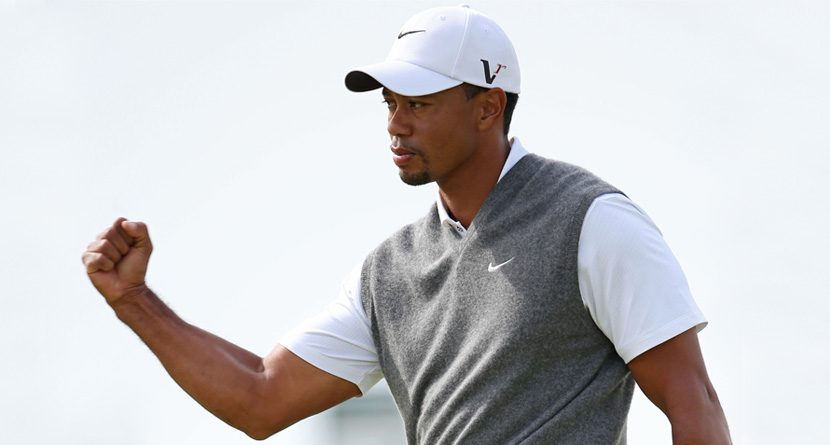 Well, that didn’t last too long, did it?

After struggling mightily, like everyone else I might add, Tiger Woods got back to doing Tiger Woods things in the 3rd round at the WGC-Cadillac Championship at Trump National Doral.

The redesigned Blue Monster has been brutal so far this week. Crazy storms and a redesign that absolutely punishes poorly executed shots has given the WGC-Cadillac Championship the look and feel of the U.S. Open.

Woods started Saturday at 5-over, seven shots off the lead, but fired a magnificent 66 to pull within striking distance going into Sunday. Woods made eight birdies and two bogeys to give him the 6-under score that was good for the low-round of the tournament.

Woods proved on Friday afternoon that even when he wasn’t firing on all cylinders, he’s still capable of producing magic moments. Less than a week after Paula Creamer buried her miracle, tournament-clinching, 72-foot bomb to win, Tiger bested her… by 17 feet, when he holed his birdie putt from 91-feet-7-inches on the 10th hole.

The snow is melting and Tiger is in contention at Doral; all is right with the world.

Related Links: The Unbelievably True Story of ‘The Perfect 18’  | Wacky 1st Round