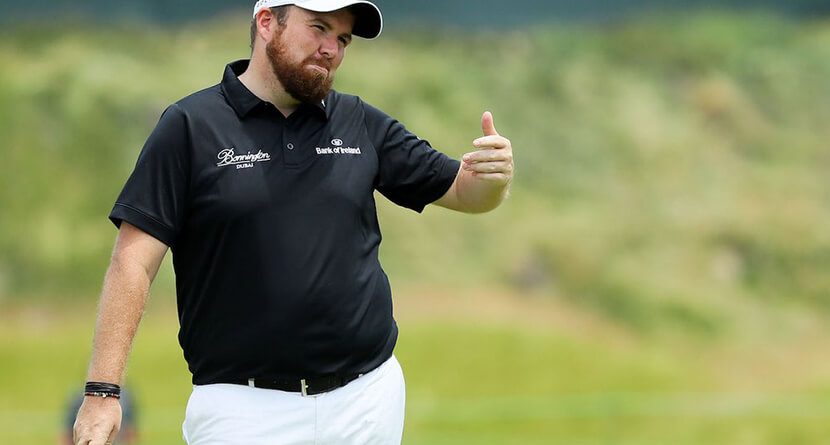 There’s no doubt that golf has turned into fit man’s sport over the last two decades. Despite Gary Player’s best efforts, the fitness age on the PGA Tour came along around the turn of the century, ushered in by Tiger Woods and Vijay Singh.

Nowadays, you can’t find a player on the Tour who doesn’t have a personal trainer, nutritionist and masseuse on their team. Keeping the body in tune and in shape is the new normal out there and even guys like Shane Lowry, who finished runner up at the U.S. Open last week and looks a little more on the husky side, are hitting the gym with regularity.

That didn’t stop Kieran Shannon of The Irish Examiner from blasting the affable Offaly man in the aftermath of his poor Sunday showing at the U.S. Open.

Everyone loves Shane Lowry. He’s not just one of us in that he’s Irish. He’s one of us in that he loves his GAA, he seems as if he’d be more at home in your local than some highlife nightclub; the kind of fella you’d love to have a pint with, all the more because he comes across as the kind who’d be all on for having that pint with you as well.

You’d hope so with all the friends he has, that some of them will be frank and honest enough with him to tell him a couple of home truths, over a few pints if it needs be: to give yourself the best chance to win majors, you’ve got to lose some more of that weight. You’ve got to get fitter, physically, and in other ways too. It’s not something any of us are looking forward to anyone having to say.

A big part of what makes Lowry so endearing is his Everyman appeal. There’s something hugely authentic about him; he’s not trying to be anyone else, especially some automaton gym bunny. If he is like anyone else, it’s that he’s something of a throwback to a time when portly men like of John ‘Wild Thing’ Daly and Craig Stadler boomed and shuffled their way to majors before Tiger introduced golf to the gym.

A contributing factor to Lowry’s slippage had to be mental fatigue brought on by physical fatigue. The more tired you are, the more prone to being distracted you are. You lose concentration, you overly-internalise. You’re not as confident as you could be; deep down there’s a part of you that will feel like you’ve cut corners here, you’re just a game, plucky boyo who doesn’t really belong in this mix, at least consistently, that you’ve been finally found out.

Well, that’s pretty damning for a guy who doesn’t know Lowry’s regiment. Luckily, there were more than a few people who were willing to come to Lowry’s defense.