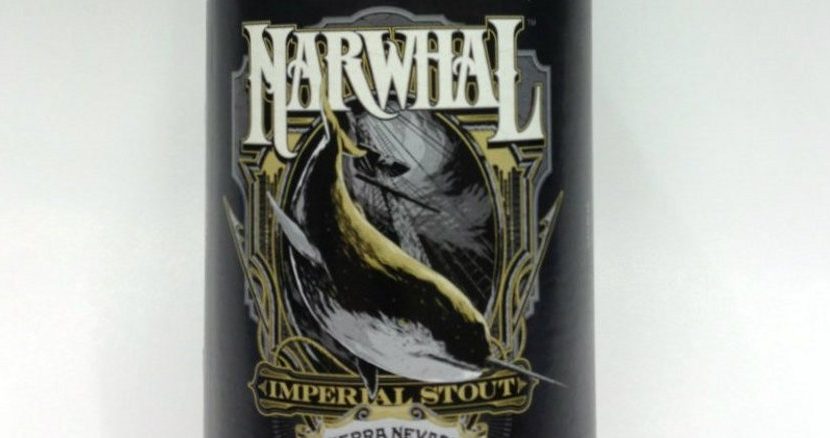 Sunday is St. Patrick’s Day, or Christmas as far as sellers of Guinness are concerned. Though I may well have one myself, the classic Irish dry stout is so ubiquitous it hardly seems worthwhile expending any energy recommending it.

Besides, stouts come in a variety of styles and strengths, including the Imperial version, which is usually as heady as the name suggests. Sierra Nevada’s take on the style is every bit the leviathan it is named after.

Introduced in October and available nationwide, the beer is as black as the depths of the Arctic Ocean where the Narwhal cavorts, but is far less forbidding. The aroma is a heady mix of vapors–dark fruits, licorice, a mild chocolaty roast. A sip is a full orchestra symphony, a velvety tongue-coating mouthfeel with a simultaneous tang and flavors sweet, smoky and lightly tannic.

There are six malts at work, including Honey and Carafa, along with Magnum and Challenger hops. But for such a strong brew, there’s no daunting challenge at all in this smooth and approachable creation.

Narwhal is a great beer, a worthy addition to Sierra Nevada’s High Altitude Series, along with Bigfoot Barleywine Style Ale and Hoptimum Imperial IPA. Bottle-conditioned, it will cellar well for years.

That would be enough, but at some point this year the brewery will release to select draft accounts a 12.9 percent ABV version aged in bourbon barrels. Mercy!