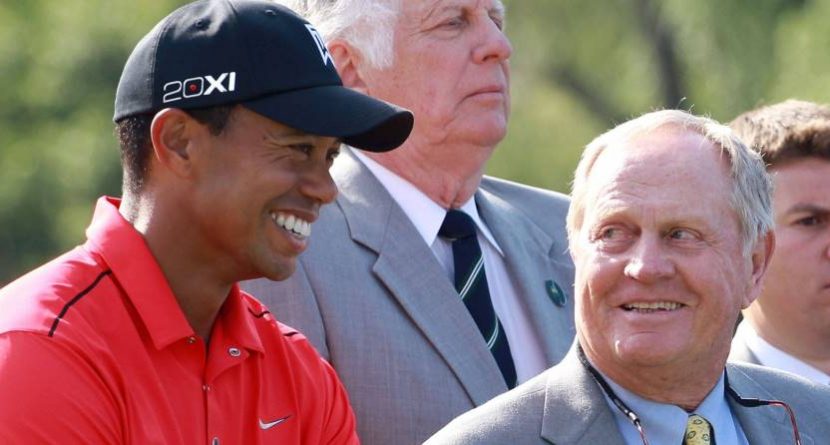 Thirty-eight years ago today, the greatest golfer of our generation was born. Eldrick “Tiger” Woods came into the world via Cypress, Calif., and has been wowing audiences ever since that first TV appearance on the Mike Douglas Show in 1978.

At one point, he was on pace to crush golf’s most hallowed record: 18 career majors, set by the venerable Jack Nicklaus. But after collecting No. 14 in 2008 at the age of 32, Woods hasn’t won one since.

Hordes of people want to say Woods is too old to catch Nicklaus’ record. But not only can he jump right back on Nicklaus’ pace this year with another major victory, Woods can do what countless other athletes have done – perform at a high level high into the their 30s.

Here’s what some other stellar 38-year-olds have done:

Brett Favre: In his final season with Green Bay, the 38-year-old quarterback started all 18 games for the Packers in 2007-08, and won 14 of them – coming up one field goal short of the Super Bowl after losing the NFC Championship game in overtime. Favre would go on to play three more seasons, and get the 2009 Minnesota Vikings also into the NFC Championship game. Dara Torres: Having competed in four Olympics and pregnant with her first child at the age of 38, Torres’ swimming career seemed to be over. But she returned to the pool a year later and qualified as a 41-year-old for the 2008 Olympics, where she collected three silver medals. George Foreman: The boxer first turned pro in 1969 at age 20, retired a couple times, but announced a comeback at age 38 following a decade out of the ring. He notched some impressive wins over the next few years, but in 1991, at age 42, Foreman took on heavyweight champ Evander Holyfield. Foreman lost, but lasted all 12 rounds in a bout no one gave him a chance to win. Gordie Howe: Howe’s hockey career began in 1946 when he was 18, and 20 years later he showed few signs of slowing. As a 38-year-old, Howe recorded 65 points for the Detroit Red Wings, which was good for fourth in the league. He went on to play 11 more seasons of pro hockey.