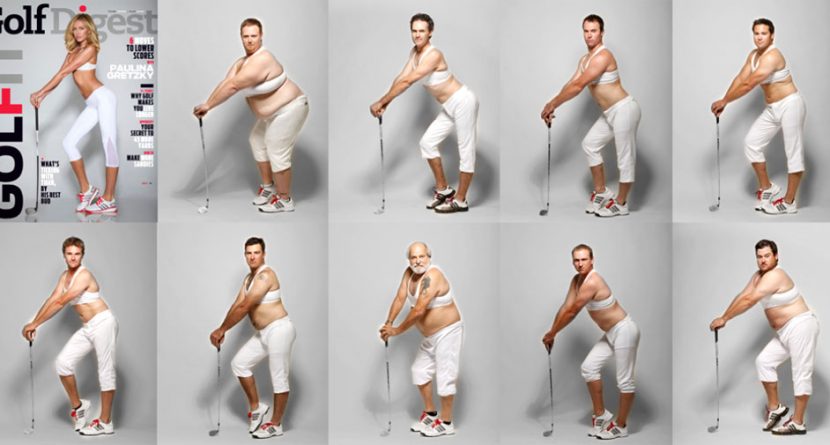 When Paulina Gretzky appeared on this month’s cover of Golf Digest, the golf world became a glass case of emotion as opinions were shared by golfers and fans alike. However, one photographer saw the cover as an opportunity to flex his comedic muscle – or beer gut – for the world to enjoy.

You might be asking yourself who those brave souls are in the photo mimicking Paulina’s golf club pose. According to Cycyr.com, the men pictured above include everyone from a radio talk show host, an Orlando-area relator, a flight instructor, a golf instructor, neighbors of the author and even the photographer himself.