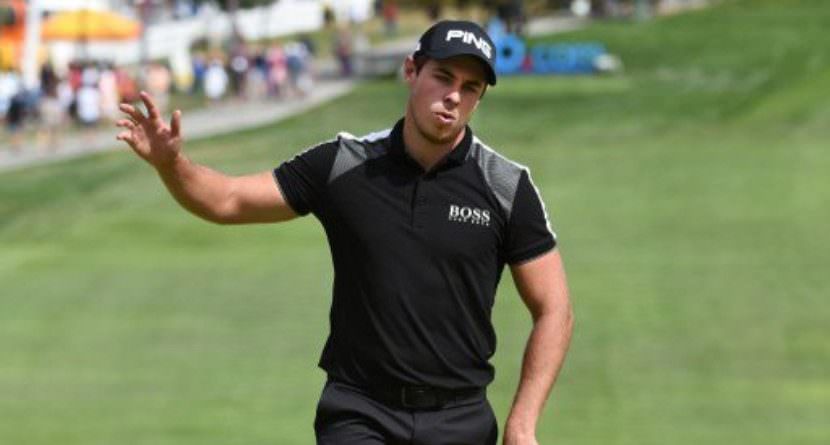 For better or worse, Web.com Tour Pro Greg Eason has managed to become one of least popular household names of the year in a span of two weeks. Whether it was that time when he lost 32 balls en route to posting 91-95 or that other time when he recorded a 15 on a par-5, Eason was on the verge of proving literally anybody could be a pro golfer.

However, golf is a funny game, and apparently, Greg Eason is a funny man. After posting a bogey-free 68 during his second round at the Great Abaco Classic, Eason fired off this not-so-subtle tweet calling out his haters:

The tweet has since been deleted for what we assume would be PR purposes, but he kept it rolling even after missing the cut:

gonna be no “if” Jason, plenty of tournaments ahead now. #goinglower https://t.co/lvOCW59nfN

With three rounds in the 90s and one in the 60s under his belt, we suggest keeping an eye on this guy. Who knows…maybe this could be a real-life Cinderella story!